The original courtroom at the U.S. Navy base at Guantanamo Bay, Cuba.
Walter Michot—Miami Herald/Getty Images
By Jack Linshi

The U.S. has transferred six detainees at Guantanamo Bay prison to Uruguay, the Department of Defense announced Sunday.

The detainees, who include four Syrians, a Tunisian and a Palestinian, represent the largest group to depart the prison since 2009, and the first to be transferred to South America, the New York Times reports. The six inmates were held in the wartime prison for more than 10 years due to suspected ties with al-Qaeda, but were never charged.

The announcement follows a push by Obama to close the prison, as his administration believes fewer prisoners may convince Congress to revoke a law that prohibits detainees’ transfer to the U.S. While the men were cleared for release in 2010, U.S. officials struggled to find countries willing to accept the prisoners.

136 detainees remain at Guantanamo Bay today, according to the Department of Defense statement. 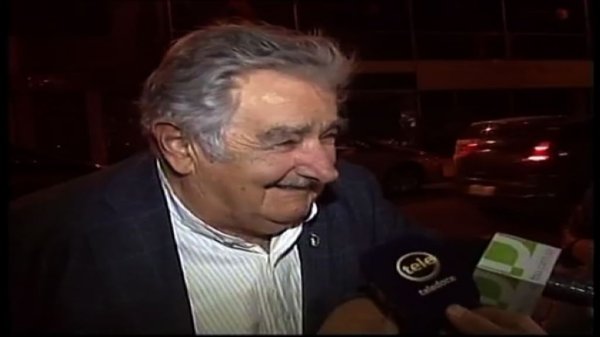 Watch Uruguay's President Give a Homeless Man $100
Next Up: Editor's Pick