Get the First Look at the New Zelda’s Massive World

Nintendo has been dropping hints all year that the next Legend of Zelda game for the Wii U would have a huge overworld. New footage of the upcoming title shows just how massive that world is.

Zelda series creator Shigeru Miyamoto and current Zelda director Eiji Aonuma showed off several minutes of live footage of the game. In the clip, the developers guide Link to the top of a high overlook, where he can look across a vast landscape. He sees a tower far off in the distance and proceeds to travel to it. They also show off Epona, Link’s famous horse, which he can use to ride across the game world. Aonuma says the journey to the tower would take five minutes, and it only covers a small portion of the world map. All signs point to this being the largest Zelda yet.

Check out all the footage in the video above. 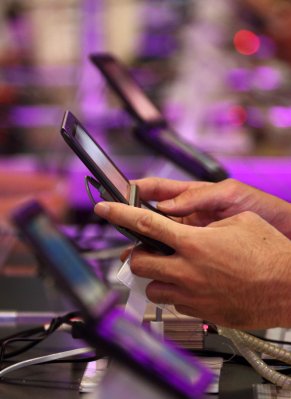 There’s a Secret Game Hidden in Nintendo's New 3DS
Next Up: Editor's Pick