Trevor Noah had a memorable arrival as a new correspondent on The Daily Show Thursday night. The South African comedian and actor had an extended riff with Jon Stewart about how race relations in the U.S. differ from those in his home country. Noah cracked a corny joke about his arms being tired from the flight from South Africa, but then flipped the cliche by noting that he’d actually had his hands up on the entire trip to avoid being harassed by police.

“I never thought I’d be more afraid of police in America than in South Africa,” Noah said. “It kind of makes me a little nostalgic for the old days back home.”

The duo had more direct commentary later, noting that the wealth gap in the U.S. now is greater than it was during apartheid-era South Africa. Later they played a classic game of “Spot the Africa,” in which Stewart tried (and failed) to distinguish photos of Africa from those in the U.S. To Stewart (who was obviously playing dumb), any photo of decaying infrastructure or human suffering basically looks like Somalia, though it could just as easily be Detroit. 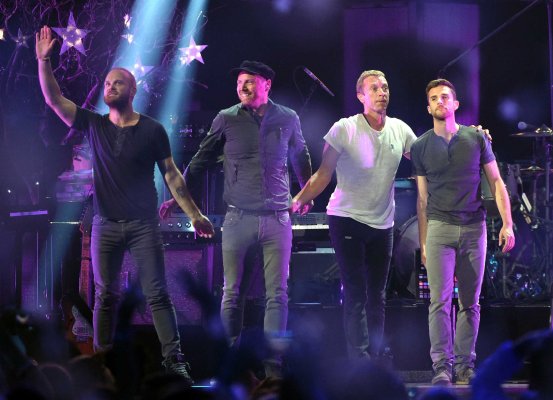 Chris Martin Says Coldplay's Next Album Will Be Last
Next Up: Editor's Pick