Prime Minister Vladimir Putin, left, looks at the tranquilized five-year-old Ussuri tiger as researchers put a collar with a satellite tracker on the animal in a Russian Academy of Sciences reserve in Russia's Far East on Aug. 31, 2008.
Alexei Druzhinin—AP
By NBC News

Russia’s latest border incursion has farmers on edge in northeastern China, where the authorities have banned them from climbing, hiking and collecting wood in a mountainous area where the two nations meet.

The border has been breached by two large Siberian tigers that were personally released into the wild with much fanfare by Russian President Vladimir Putin.

Both appear to have an appetite for Chinese food: One of the duo, called Ustin, went on a killing spree earlier this week, leaving 15 Chinese goats dead. Three more are missing.

Its partner in crime, Kuzya, crossed the border a month earlier… 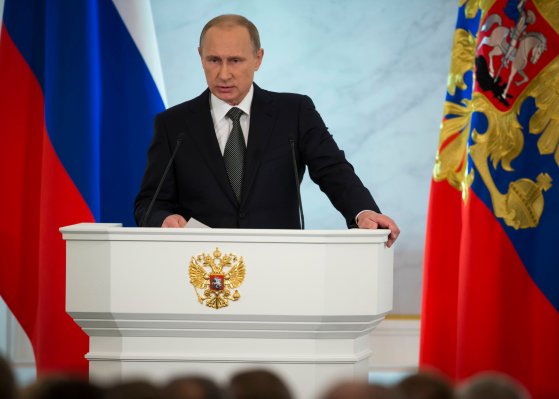