Bill Cosby speaks to an audience on the campus of the University of the District of Columbia in 2006, in Washington D.C.
LAWRENCE JACKSON—AP
By NBC News

The word “rapist” was written multiple times on the star, according to a photo posted Thursday by a Houston TV station.

“When people are unhappy with one of our honorees, we would hope that they would project their anger in more positive ways then to vandalize a California State landmark,” said a spokeswoman from the Hollywood Chamber of Commerce, which awards the stars, in a statement.

Cosby has been accused of sexual abuse or assault by over 20 women, many who spoke out for the first time in the last few months… 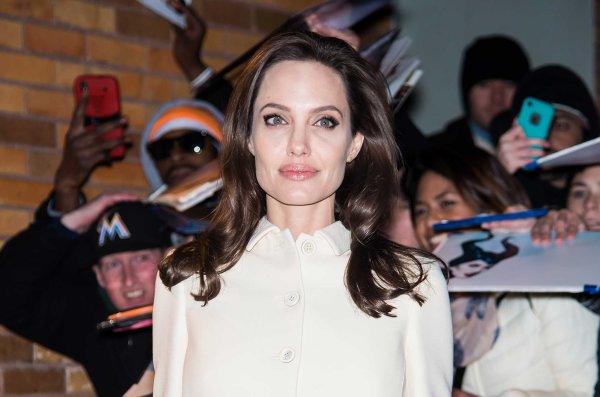 Jon Stewart Imagines If He Had Married Angelina Jolie
Next Up: Editor's Pick