To read the full post, you need to be a subscriber. It’s not too late to sign up. ($40 a year or 11 cents a day for the magazine and all digital content.) Once you’re signed up, you can log in to the site with a username and password.

على أمل asks, Has Zuckerberg ever thought of running for president office?

LG Not that I know of. Personally I don’t see him as a politician—you have to do a lot of mixing and mingling and speechifying to get elected, and I don’t get the impression he enjoys that enough.

Nick Rowan asks, How worried are you that we might eventually loose so many beautiful local languages because of Facebook’s reach?

LG: I’m more than worried, it’s almost certainly happening now. I don’t think there’s any way to stop it. If we want to be a connected species, one of the ways we’re going to pay for it is by sacrificing our linguistic diversity.

Nick Rowan asks, One more question: I understand Facebook’s intention is to try to connect the people of the world which is great. But I worry about American talents spending so much resources to create something great without having any intention of the creator to share it with the global marketplace. People and the companies here in the US meant to share some of these ideas with each other. Do you think Does Facebook worry about sharing too much information with the rest of the world? Doesn’t Facebook’s own existence depend on America’s superiority?

LG: I don’t think Facebook is sharing too much information, if you’re talking about trade secrets and intellectual property, that kind of information. Or not that I know of. And I don’t think Facebook depends on American superiority, but I definitely think it helps – the people I met in India felt like Facebook offered them not just social connectedness but economic opportunity, a connection, however tenuous, to American wealth. Though I wouldn’t rule out the possibility that America might start depending on Facebook one day.

deconstructiva asks, #AskTIME Lev, we’re all too aware of the disgusting Gamergate issues against women, but has Gamergate been infiltrating fantasy literature too, or has it avoided it? Might upcoming fantasy novels and series help fight back against Gamergate misogyny and help level the playing field for young girls and women? Or just stay out of the whole mess altogether?

LG: I don’t think fantasy literature has avoided it. I don’t think it’s nearly as bad in gaming—I mean, the kind of harassment and hate speech we saw with GamerGate was absolutely vile—but sexism is definitely present in fantasy in places. Also a serious lack of diversity. Unlike in gaming I think there’s already a strong, powerful and very old tradition of women writing fantasy that we can build on. But our work is far from done.

yogi asks, Lev, I’ve read the first two books in your Magicians trilogy (3rd is in the to read pile), I remember hearing a little while back that there was initial work into looking to make the series a TV show. Is that still in the works?

LG: It’s happening. They’re filming the pilot now. I’m not there, but I’ve seen some amazing photos from the set.

deconstructiva asks, Lev, where do you stand on the paper books vs. e-books epic battle? I don’t think paper books will ever go away. For one thing, servers crash and files corrupt, so e-books do NOT always last forever. In music, vinyl records still exist, let alone CD’s. And when the power goes out during a long storm and the mobile devices’ batteries have died, the paper books are still there to read.

LG: I’m an evangelist for the paper book. I just think it’s better information technology than any e-reader that exists. And nobody owns it – nobody’s making money off it, it’s not a proprietary format. E-books are great for textbooks (which you don’t always hang on to after the course is over), and reference works (because of the searchability), but no screen can match the experience of reading a novel on paper. When I die I’m not going to leave my kids an Amazon account, I’m going to leave them a library.

deconstructiva asks Lev, thanks for earlier writing about Apple invading our bodies. After Apple’s watch, Google Glass eyewear, and fitness applications, the next logical step is to go inside our bodies so that we really do turn into RoboCops. While we already have smart medical devices, how far away or close are we to conscious personal implants like iBrain and Google (rhymes with Glass)? Would you be comfortable with personal control and privacy issues? I sense not from your Apple-invading article, and I’d be wary of literally losing control of one’s own body, but I digress.

LG: I think we’re decades away from implants, but not centuries away. I know neural implants are already in use for medical purposes. I don’t think I’m unusually squeamish, but it would be hard for me to name a corporation I trust enough that I would let them put their product in my body as an implant.

deconstructiva asks, Lev, thanks for writing about Mark Zuckerberg. Since his mission is to connect the world (literally), he might also want to tackle harder Facebook’s long history of privacy problems. I’ve read many articles about people’s privacy issues with FB and even quitting the service. So how much does Zuckerberg recognize this problem, or is this just another technical issue to him? After all, the human element is more critical here than the technical one, since if people can’t trust Facebook with their privacy, he won’t be able to succeed in his Big Picture goal of wiring the world, correct?

LG: Correct. It’s been consumers rather than government that have been pushing back on this issue. And in the early years Facebook’s handling of privacy issues was clumsy and insensitive at best. But one thing Zuckerberg does do is learn, even when he doesn’t have a natural feel for something. I don’t know if it’s driven by ethical or economic motives, or both, but Zuckerberg has been learning to satisfy people’s demands for privacy on Facebook. That said, I don’t know how clear an idea people have of what exactly is done with their personal information on Facebook. On that issue, no amount of transparency is too much.

nflfoghorn asks, Lev, what do you think of this journalistic “list of” fad? “Sixteen Things We’ve Learned About Kardashian’s Rump,” “Four Things You Must Know About Ebola”…IMO it should be “One Thing You Must Know About American History.” Every day.

LG: I think that would be a good idea. The listification of American journalism is not a step forward.

PaulDirks asks, In the ’60s we were all taught to fear government surveillance, and the Church Commission did much to curtail the worst abuses. In the 90’s, we did battle over the clipper chip and for a while it seemed that the notion of 24/7 monitoring of citizens was put to a rest. Today OTOH we offer Google and Facebook absolute knowledge of our every movement and no one seems to bat an eyelash at the fact that all that information can be subpoenaed at any moment. Furthermore the people who have the most to lose with cameras everywhere appears to be the police. Do you think that we’re being naive about the amount of information we make available online or is this just the unstoppable march of progress?

LG: I do think we’re being naïve. And it’s definitely the march of progress, but I don’t think it’s unstoppable. I don’t think we’ll see people getting up in arms about it, not directly, because the vast majority of Americans haven’t and will never have their personal information used against them by the government. The issue just doesn’t seem urgent to most people. If the Snowden leak doesn’t do that, nothing will. But we’re seeing it in other arenas: Sony getting hacked, the mass theft of credit card info from Target, naked pictures getting made public, etc. People understand about protecting their money and their bodies — they’re less abstract than civil rights. I think we’re learning hard lessons about how much information we’re willing to give out just because it’s conventient.

DonQuixotic asks, Lev, as someone who has worked in the process I assume you have some insight as to the selection process for TIME’s Person of the Year? Is there a reason each year the list is padded with celebrities, Hollywood start and music artists that have zero impact on the world? Why we see a nomination for someone like Kim Kardashian but not, say, the people of Ukraine? Mark Zuckerberg certainly earned his person of the year status. Is it just a popularity contest now?

LG: It’s a fair assumption. But the truth is I don’t participate very much in the selection process. Early on in the process all staff members are asked to nominate candidates, and I definitely do that. But the rest of it happens above my pay grade. 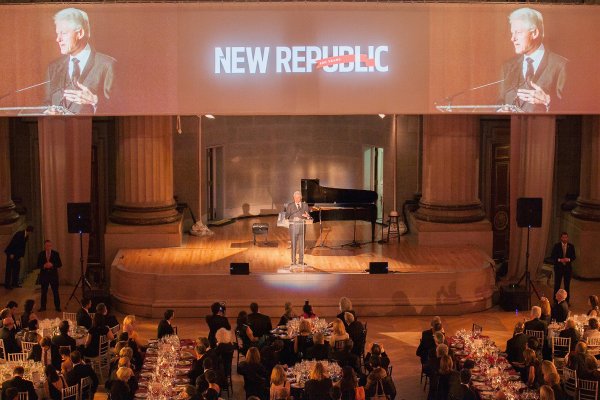