Review: Peter Pan Live! and the Case for Snark

Disclosure: I am perhaps not the best person to appreciate NBC’s production, or any other, of Peter Pan. I somehow managed to make it through my entire childhood without being exposed to the play or the musical. (I might possibly have seen the Disney movie; then again, I may just be remembering the peanut butter.) Also, I have no inner child.

In other words, I am a potential Hater. Even before Peter Pan Live!‘s producers and star Allison Williams went on a media campaign against hate-watching, Peter Pan had built into it the meta concept of policing its audience’s reaction. If you stop believing, magic will die! Clap or the fairy gets it! You’ve heard of shows being critic-proof. Peter Pan is, especially with NBC’s pre-emptive haterade shielding, an attempt at being audience-proof.

That’s not completely unreasonable. Peter Pan is asking us to participate in creating a world that’s whimsical and fantastical even before you get to the fairy dust, gender bending and magically abducting little girls to clean up for you. It’s offering a deal: we suspend Peter in the air, you suspend your modern mores and your disbelief. It’s a fair request, but–especially in a Peter Pan that runs past most seven-year-olds’ bedtime–you can’t expect the audience to do all the work. You need to give them something worth wondering over.

Technically and visually, Peter Pan Live! delivered. The smartest thing the production did was to be unashamedly stagey. It showed us the wires and built dreamlike sets–the transition from turn-of-the-century London to lurid Neverland was especially sharp. From its pirate ship to its surreal Tick Tock crocodile, the production hung a light on its artificiality, and it worked. (The most jarring element was the one thing the production literally hung a light on–the CGI Tinker Bell, who seemed out of place amid the old-school magic-making.)

And as with last year’s Sound of Music Live!, the production was smart to surround its stars with musical-theater pros to give the production a foundation. Taylor Louderman was vibrant as Wendy and Sound of Music vet Christian Borle unsurprisingly strong both as Mr. Darling and the pirate Smee, with–who knew?–biceps the size of Christmas hams. (Theater makes you strong, kids!)

The leads required a little more suspension. Though the literal suspension was no problem for Williams–we knew she could sing, and she did, but her wire work was impressively light-as-air. Her acting was a little more weighed down. She captured Peter’s arrogance and strut, but not quite his childishness. She seemed more obviously like a grown woman playing a small boy, which lent some of her flirty scenes with Wendy a tension that made her no-snark edict seem like a cruel dare. We are not made of stone!

As for Christopher Walken, I enjoyed watching him, but I’m not sure if it was for the right reasons. Where Williams threw herself into the role, he held Hook at an amused distance. He was a low-key, drawly and arch villain–depending whether that worked for you, he was either laid-back or tired. His soft-shoe is still deft, but he didn’t seem to be playing Captain Hook so much as playing Christopher Walken playing Captain Hook. (Walken sounded like himself, a smart choice compared with Williams, whose English accent kept trying to re-cross the Atlantic.) And that was fun, but in a way that seemed to fight against the no-irony zone the production was trying to construct.

In the end, you do have to give Peter Pan Live! the live-TV bonus points for difficulty. There weren’t major, noticeable technical hitches, though like last year the lack of a studio audience sapped some energy from the production. The rewritten version of the racist Native American song was, I guess, somewhat less racist? In all, taken on its own silly, sweet, weird-British-fantasia terms, it was a good time; even without a childhood memory attaching me to the story, I liked it well enough.

But I’m still rankled by the idea of being told not to hate it, that we should avoid snarking on Peter Pan Live!—not for the good of NBC, of course, but for the good of society itself. Before the show premiered, Williams told the Daily Beast, “Peter Pan, you cannot watch cynically”; in a YouTube video, she asked, “Why have we been taught it’s not OK to genuinely like anything anymore?” Borle added that he was bothered by actors criticizing NBC’s Sound of Music on Twitter: “I just thought, ‘Don’t you ever want to work for NBC?'” And they were joined by many media commentators arguing that it was wrong, cynical, and in bad faith to hate-watch Peter Pan Live!

Spare me. Yes, going into a three hour free TV show with the intention of hating it is probably not the best use of your limited time on Earth. I’d rather get the extra sleep. Yet I’m not going to blame anyone for going in skeptical of a production when NBC has cast the (very talented!) daughter of its news anchor as its lead, or when the network has been bludgeoningly promoting the musical across its specials, morning shows and talk shows for weeks.

By all means, try to love things, take them on their own terms and be open to wonder and joy. But as Tom Scocca wrote in his essay “On Smarm” last year, when celebrities and already-powerful corporations inoculate themselves from criticism on the grounds of “Haters gonna hate”–Taylor Swift, what hast thou wrought?–snark is not just permissible but a duty. A fairy doesn’t really die every time you stop believing. But every time a money-making operation uses anti-cynicism to serve its own interests, a cynic is born. 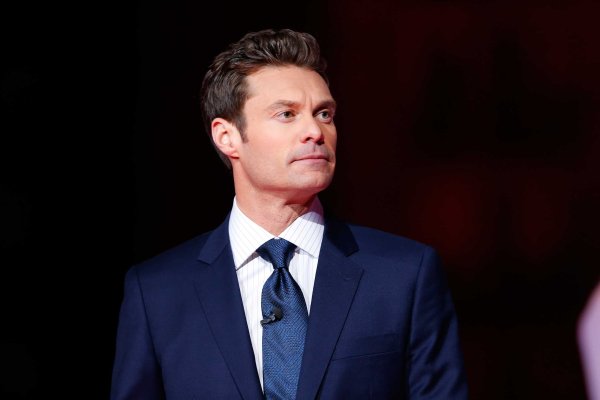