U.S. officials may impose targeted sanctions against South Sudan in response to its leadership’s failure to end a political crisis that has left thousands dead and ramped up fears of an all-out ethnic war.

Reuters, citing unnamed sources, reports that the sanctions would likely focus on individuals or groups seen as having committed atrocities or impeding international efforts to broker peace, rather than targeting the country’s economy. “It’s a tool that has been discussed,” two sources confirmed to the news agency, but said that no decision had yet been made.

Fighting broke out in the world’s youngest country on Dec. 15 after President Salva Kiir said there had been an attempted coup by his ex-deputy Riek Machar. On Thursday, Linda Thomas-Greenfield, the assistant secretary of state for Africa, told a Senate committee “we’ve not seen any evidence that this was a coup attempt, but it certainly was the result of a huge political rift.” As pre-condition for a ceasefire, Machar has mandated the 11 senior politicians being held as suspected plotters must be released. Kiir says they must be tried for conspiracy to overthrow the government.

Aid groups have warned that the estimated death toll of the worsening crisis may be severely understated. At least 1,000 were confirmed dead after the initial battles in December, but the International Crisis Group claimed this week that up to 10,000 may have been killed. More than 200,000 people have been displaced by the conflict and health experts fear of epidemics if the security situation doesn’t improve. 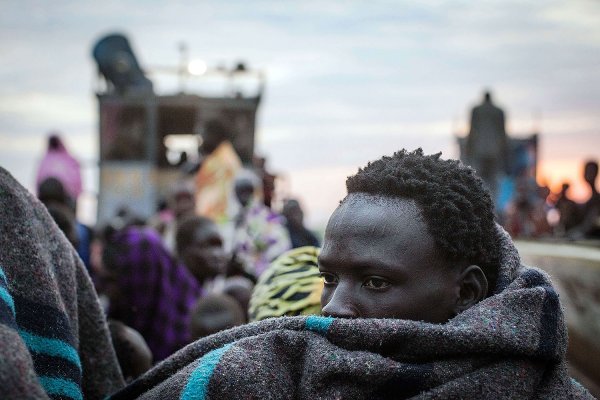 Crisis in South Sudan: The World's Youngest Nation Struggles to Survive
Next Up: Editor's Pick