A man purported to be the reclusive ISIS leader Abu Bakr al-Baghdadi.
Reuters
By Helen Regan

DNA tests have confirmed that the child held by Lebanese authorities is the daughter of the Islamic State of Iraq and Greater Syria (ISIS) leader Abu Bakr al-Baghdadi.

Lebanon’s Interior Minister Nohad Machnouk told domestic television channel MTV that the child’s mother is believed to have married to al-Baghdadi six years ago for a period of three months, the BBC reports.

The Iraqi government had said she was not married to the Islamist leader.

The woman, identified as Saja al-Dulaimi, tried to enter Lebanon over a week ago accompanied by two sons and a daughter when she was detained by border guards.

Machnouk claims al-Dulaimi is pregnant but the child is not al-Baghdadi’s.

“We conducted DNA tests on her and the daughter, which showed she was the mother of the girl, and that the girl is [al-Baghdadi’s] daughter, based on DNA from Baghdadi from Iraq,” Machnouk told MTV.

Machnouk said the children were staying at a care center while al-Dulaimi was being interrogated. 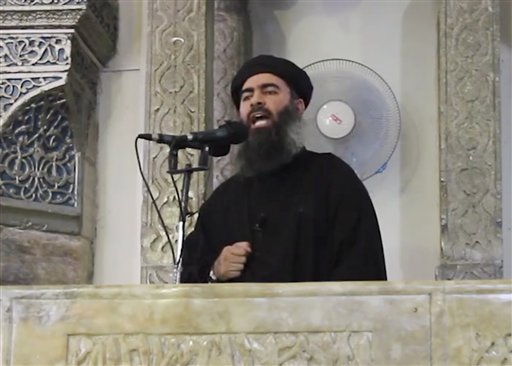 ISIS Leader's 'Wife' May Not Have Been Arrested
Next Up: Editor's Pick