Bahraini human rights activist Zainab al-Khawaja, sister of jailed prominent rights activist Maryam al-Khawaja, sits at a cafe near the Bahrain court building after she was barred by authorities from attending the hearing, in the capital Manama on Sept. 6, 2014.
Mohammed Al-Shaikh—AFP/Getty Images
By Elizabeth Barber

A Bahraini human-rights activist has been sentenced to three years in prison for tearing up a photo of the Gulf state’s King, the human-rights group Amnesty International said Friday.

Zainab al-Khawaja was sentenced to the jail term and $8,000 in fines for insulting King Hamad, after she destroyed a picture of the kingdom’s top leader during an appeal hearing for the committing the same offense in 2012. Bahraini law allows fines and a jail sentence of up to seven years for publicly insulting the nation’s monarch.

“Tearing up a photo of the head of state should not be a criminal offense,” said Said Boumedouha, deputy director of the Middle East and North Africa program at Amnesty International.

Al-Khawaja rose to prominence during the 2011 uprising in Bahrain, when protesters roared into a traffic circle in the capital city of Manama on Feb. 14 and demanded a place for their state in the Arab Spring, a regional call for rights and democratic reform.

Yet police made quick work of the protests, and the Bahraini government sought immediate fixes to quell political dissent. Al-Khawaja’s father, Abdulhadi al-Khawaja, was one of eight opposition figures given life in prison for their role in the pro-democracy protests. Zainab al-Khawaja also spent a year in prison for joining the demonstrations.

Her sister Maryam, who is a co-director of the Gulf Center for Human Rights, said in Twitter posts that the sentence was not immediately carried out and al-Khawaja will seek an appeal. Al-Khawaja is also appealing convictions in three other cases, including for insulting a police officer while in prison. The mother of two was not in court for her most recent sentencing, after giving birth just a week earlier.

Al-Khawaja has sharply criticized American officials for failing to lean harder on Bahrain to address its human-rights abuses. The Gulf state hosts the U.S. Navy Fifth Fleet, and the kingdom has been a U.S. ally in fighting the meteoric rise of jihadist cult the Islamic State of Iraq and Greater Syrian (ISIS) in Bahrain’s neighbors.

The U.S. State Department’s highest official on human rights, Tom Malinowsk, concluded a trip to Bahrain on Thursday, his first visit to the state since he was told to leave five months earlier. The Bahraini Foreign Ministry had accused the Assistant Secretary of State for Human Rights of violating “conventional diplomatic norms” by meeting with the leader and members of the country’s largest opposition party.

Asked by a reporter on Tuesday if the U.S. State Department had comment on al-Khawaja’s sentencing, a spokesperson said: “I don’t think I do. I’m happy to check with our folks.” 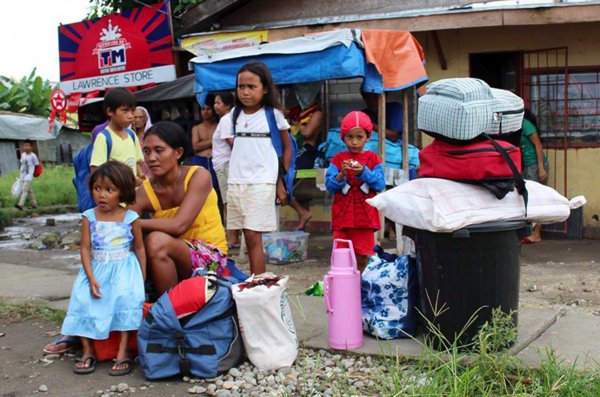 The Philippines Faces a Terrifying Typhoon Again
Next Up: Editor's Pick