Bharatiya Janata Party leader Niranjan Jyoti takes an oath as a Cabinet minister during a swearing-in ceremony at the presidential palace in New Delhi on Nov. 9, 2014
Prakash Singh/Pool—EPA
By Rishi Iyengar

An Indian minister who used a derogatory term to describe non-Hindus during a campaign speech has been allowed by Prime Minister Narendra Modi to keep her job.

Niranjan Jyoti told a rally in New Delhi that they had to make a choice between ”a government of the followers of Ram [Hindus] and a government of bastards,” the BBC reported.

But the country’s Food Processing Minister was only given a stern warning by Modi, who told Parliament that he disapproved of her language but that she had apologized for her remarks. Jyoti also expressed remorse in both houses of Parliament, according to the Indian Express.

The apology was not sufficient for the opposition, though, with the Congress party, whose secular politics she was maligning in her speech, calling for her resignation.

Jyoti and Modi both belong to the Bharatiya Janata Party, which is known for its Hindu nationalist politics. Modi’s campaign to become Prime Minister was also dogged by allegations of indifference amounting to culpability during 2002 anti-Muslim riots in the state of Gujarat, where he was chief minister. However, the Supreme Court subsequently cleared him of all charges. 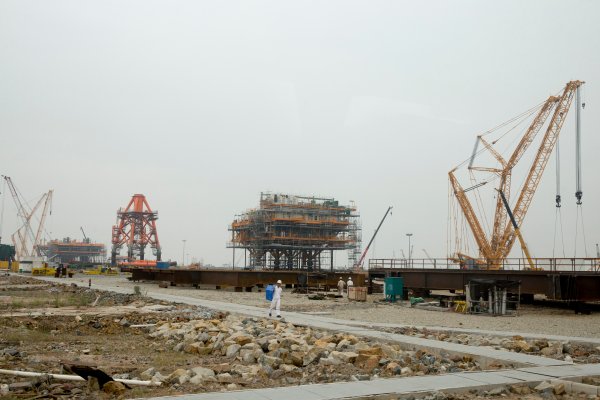