Meet the Republican Who Lost His Election Fighting for LGBT Rights

In Michigan, a 28-year-old Republican state lawmaker is using his lame-duck session to fight for a bill that cost him his reelection in a primary this summer. Rep. Frank Foster is trying to extend the state’s civil rights act—which protects people from discrimination on the basis of age, race, religion, sex and weight—to also include sexual orientation. Even though he puts his bill at a 10% chance of passing, he says he has no regrets. “This is important, and if it’s not law in 2014, we’re still having the conversation,” Foster tells TIME. “Until it’s equal, it’s not equal.”

On Dec. 3, the commerce committee, of which Foster is the chair, was the site of a heated debate about tolerance and persecution. The public was invited to give testimony on Foster’s bill and another bill to amend the civil rights act to include both sexual orientation and gender identity. Supporters of the bills made arguments that passing them wasn’t just about protecting another class of citizens but about Michigan’s reputation and making the state feel welcoming to the broadest possible array of workers and companies.

One of those testifying in support was Allan Gilmour, a former second-in-command at Ford who made headlines when he came out as gay after his first retirement from the company in 1995. Updating the law, he said, “is necessary if Michigan is to attract and retain talent. And on an individual basis, no one should live in fear that they will lose their job or injure their careers should they live openly.”

Those opposing the bills, largely representatives from Christian groups, argued that the measures threaten to jeopardize religious freedoms, like those of Christian small-business owners who would prefer not to bake a cake or take photographs for a same-sex wedding—and might lose their business license for such a refusal under an amended civil rights law. “Why should that baker or photographer be forced against their religious beliefs and conscience to participate in that? And if they refuse to because of their religious conscience, to be put out of business?” said David Kallman, speaking on behalf of Michigan Family Forum, a conservative Christian organization. Multiple speakers also argued that there was no hard data showing that LGBT discrimination was a problem that needing solving. (There are reports on the issue and more research is being done on the topic.)

After giving his own testimony, Foster oversaw the meeting stoically, with one exception. Stacy Swimp, President of the National Christian Leadership Council, gave a speech about how he was “rather offended” that anyone would equate lesbian, gay, bisexual and transgender Americans to black Americans when it came to fights for civil rights. “They have never had to drink out of a LGBT water fountain,” he said, recounting that black Americans had been lynched and denied many basic rights in the past. He called any comparison “intellectually empty, dishonest” and accused the LGBT community of exploiting the struggles of black Americans.

Once he finished, Foster pulled his own microphone toward him. “Sir, I will agree with you on the fact that African Americans in this country’s short history have been discriminated against,” he said. “But if you don’t think the LGBT community has been discriminated against, been drug behind cars, been hung up by their necks til they’re dead, been denied housing, been denied commerce opportunities, then you’re just not looking very far.”

It was an impassioned speech from a native Michigander who never met a homosexual person until going to college at Grand Valley State University. Foster grew up in the tiny town of Pellston (pop. 831) in the midst of his current district, which spans the water where the state’s upper and lower peninsulas nearly meet. It’s an area known for fishing and hunting and tourism on islands like Mackinac, whose residents are also among his constituents. It’s also socially conservative.

By the time he finished his degree at Grand Valley State, Foster had been elected student body president, twice. He had organized rallies and marches against an amendment to ban affirmative action (which eventually passed by a nearly 20-point margin in 2006). He had accompanied administrators to Washington, D.C., to argue for better higher education funding. And he had worked to get gender identity added to non-discrimination policies in the student and faculty handbooks. “That was really the first time I socialized with people of different ethnic backgrounds and different races,” he says. “College was the way it was supposed to be for me.” He won his first race for a seat in the state House of Representatives in 2010, with 63% of the vote, and became one of only two freshmen to be appointed committee chairs.

After Foster was reelected in 2012, a Democratic colleague approached him about helping to support a non-discrimination bill. Like many people—one poll put the number at 87%—Foster assumed it was already illegal to fire someone for their sexual orientation, though there is no federal protection and only 21 states have passed such a law (18 of those, and D.C.’s, also include gender identity). Eventually, Foster and his colleague decided it would be more powerful if the Republican didn’t just co-sponsor the bill but introduced it. “I had no idea we did not have those folks included in Michigan’s civil rights act. When I found that out, it became a passion of mine,” he says, adding that he thought “as a young Republican, I could communicate to my colleagues and the party where we needed to go.”

Before Foster got around to actually introducing a bill, word got out that he planned to and he did interviews that confirmed people’s suspicions. In late 2013, Foster also called for the resignation of his Republican colleague Dave Agema, who caused an uproar after posting an article on Facebook that decried the “filthy” homosexual lifestyle. Agema was among those who encouraged a teacher at a Christian academy—who was considering running for Foster’s seat when he hit his term limit in 2016—to run against Foster in 2014 instead. Foster says his opponent, Lee Chatfield, gave him a deadline to publicly come out against legislation that would amend the civil rights act. “I wasn’t able to make that deadline, didn’t want to make that deadline,” says Foster. “So he filed in January and made this the center point of the campaign.” Foster lost by less than 1,000 votes in the primary against Chatfield, who had support from the Tea Party.

That loss not only cost Foster his job, but hurt his chances of getting the bill passed. The prospects had been looking good. He and other supporters of the bill had been rallying support among his fellow Republicans and gained the backing of the Michigan Competitive Workforce Coalition, a group with big-name members like Chrysler, Delta Airlines, Google and Kellogg that formed to support the legislation. “After my election, they slowly faded away,” Foster says of his GOP colleagues. “It was a pretty successful, religious-mounted campaign that beat me, and if that can happen in my community, that can happen anywhere.”

Foster says he’d like to see a bill pass that includes both sexual orientation and gender identity but had limited his to the former thinking that it would have a better chance of passing. When Michigan’s civil rights act was proposed in the 1970s—named Elliott-Larsen for the lawmakers who championed it—the inclusion of sexual orientation threatened to kill the bill, so it was removed. “Forty years later, here we are still trying to add sexual orientation, and it’s the transgender piece that was slowing the bill down,” Foster says. He also knows that by compromising, he may lose the support of Democrats. “Democrats are not going to vote for anything less than fully inclusive, and Republicans will not vote for fully inclusive,” he says. “So, in my mind, we’re sort of stuck.”

After winning his reelection, Michigan Gov. Rick Snyder, a Republican, sat down with the Detroit Free Press and its editorial board reported that “he will encourage the Legislature to take up an expansion of the Elliott Larsen Civil Rights Act to also include the LGBT community, prohibiting discrimination in hiring and housing decisions.” Foster is somewhat hanging his hopes on that report. “He can add some muscle to the argument and help me get this thing across the line,” Foster says. For now, both bills remain in the commerce committee. After potentially being voted out, a bill still has to win a floor vote in the House before repeating the process in the Senate.

Regardless of what happens, Foster is going home at the end of the session. He’ll work full time at Rehabitat Systems, a company which provides long-term care to people with traumatic brain and spinal-cord injuries, where he’s currently an executive officer. Right now, he’s frustrated with where the two-party system has gotten him. “I don’t want to necessarily be in the box anymore, where if I’m Republican it means I’m x, y and z,” he says. “The rest of my demographic, the 20-somethings, don’t think that way.”

But he says he’d like to have another go at being a Republican politician down the line, especially because their fiscal policies resonate so strongly with him. “There needs to be some more time,” Foster says. “My party has to change some of its social stances. And if that can happen, I think I’ll become more appealing to the party and vice versa.” 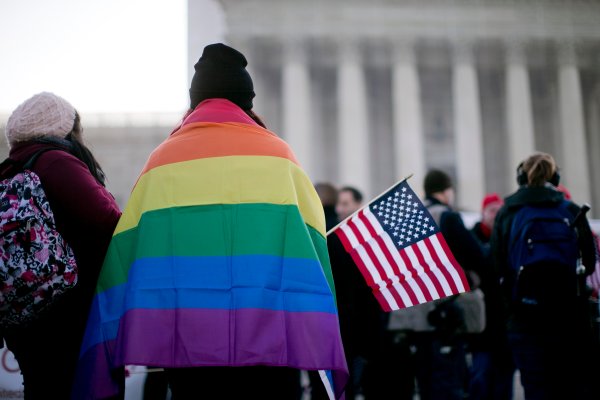