Marvel confirmed Thursday that Benedict Cumberbatch will star as Doctor Strange in the superhero movie of the same title.

Cumberbatch, the British star of TV’s Sherlock and the new movie The Imitation Game, was long-rumored to be in line for the part: a former surgeon entrusted with the power to protect Earth from mystical and extraplanetary forces. It’s an apt choice, and not just because of the actor’s distinctive look; as early box-office returns for The Imitation Game have borne out, Cumberbatch’s fan base is unusually ardent.

The announcement about the film, which will release on Nov. 4, 2016, puts an end to months of speculation on who would play the character and sets in motion the foundation for the future of the Marvel Cinematic Universe.

Actors ranging from Johnny Depp to, most recently, Joaquin Phoenix have previously been tied to the role of Doctor Strange before Cumberbatch, with rampant online speculation that the character will eventually be groomed to replace Iron Man as the core of the Marvel Cinematic Universe.

Doctor Strange is part of a group of Marvel films known as Phase 3, which include the likes of Captain America: Civil War and Guardians of the Galaxy 2, and will take place after the events of the second Avengers movie.

It will be a sharp step away from the plausible pseudo-science, first broached by Iron Man, that dominates the Marvel movies and will introduce the more strange and fantastical elements of the Marvel Universe. 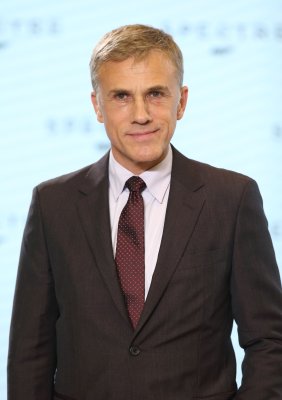 Here's Why the Next James Bond Film Is Called Spectre
Next Up: Editor's Pick