Here’s How to Make Waiting A Little Less Excruciating

We’ve all been there—whether it’s a job interview or an exam or a medical test, once it’s over, there’s nothing we can do but worry and wait.

Some people are better than others at weathering these periods, able to go about their normal lives while only occasionally dwelling on what might happen. The rest of us are nearly paralyzed by the uncertainty, riding waves of hope and despair as we ruminate over every possible outcome.

Kate Sweeny, an associate professor of psychology at University of California Riverside, has made a career out of studying these differences in waiting behaviors. And she’s identified the personality traits that may make distinguish those who are better and worse at waiting—some of which, thankfully, may be adaptable.

In Sweeny’s latest study, published in the Journal of Personality and Social Psychology, she and a colleague studied 50 law school graduates who were waiting for the results of the California bar exam in 2011. The lawyers filled out detailed personality questionnaires that revealed how well they managed uncertainty, whether they were more optimistic or pessimistic, and their self-esteem. She and her colleague also explored how well the lawyers managed their emotions and expectations, and the coping mechanisms they tended to use when they were anxious, among other things.

Not surprisingly, they found that having an optimistic outlook and being more comfortable with uncertainty helped people handle waiting periods better. But they also found that self-esteem did not seem to have much effect on tempering anxiety during the waiting period. In other words, it didn’t matter whether the participants had reported having high self-esteem or not; what mattered more was whether they tended to have a positive outlook and expect the best.

“I was surprised, since plenty of other research suggested that high self-esteem should help people get through difficult periods when their ego is threatened,” says Sweeny.

It also turned out that people’s states during the waiting period were dynamic, changing depending on how close they were to finding out the outcome. At the beginning of the wait, it was harder for all of the participants to distract themselves from thinking about the possible outcomes, and all of them—even the optimists—became more pessimistic or entertained more negative thoughts about the result as they got closer to the moment of truth.

Sweeny and her colleague also learned some interesting things about the coping mechanisms that people use to get through the uncertainty and anxiety of waiting. While distracting yourself with other unrelated tasks or thoughts was a common tactic, it didn’t prove very successful, especially if the participants were trying very hard to consciously distract themselves. “The fact that they are trying so hard to not feel so anxious actually backfires, because it anything it keeps the uncertainty in mind,” she says.

Anticipating bad news and trying to find the positive in it—preparing ahead of time for failure, in other words—may not help to ease the anxiety during the waiting period, but can be helpful once the result comes, since it gives people a sense of control over their future.

And the same is true for distancing your sense of self worth from the outcome. The more space you put between the result and your sense of self, the easier the final outcome may be. “If you convince yourself the bar exam is not that important, and that it’s just a silly exam you have to take and doesn’t reflect on your or your abilities, that space might help you not have a crushing blow to your ego if the news is bad,” she says.

But for all the worriers out there who can’t distract themselves from the anguish of “what if”’ while waiting, there’s also some solace. The study found that those who had a harder time during the waiting period fared better emotionally after the result, regardless of whether it was bad or good. The participants in the study who had more anxiety and frustration while waiting for their bar exam results and ended up failing, for example, were more likely to turn around and start studying for the test again compared to those who didn’t worry as much about the outcome. And if they passed, the relief was sweeter. “There’s a relief when the waiting is over and things turned out well, and you don’t feel as bad if you get bad news,” says Sweeny. “Either way, it’s a little less of a harsh blow if you had a tough waiting period.”

Still, to make that period less painful, she’s currently studying the effects of mindfulness meditation to help those who can’t stop obsessing over the outcome while they wait. The technique, she says, is perfectly designed for managing such waits, since it focuses on helping people to accept their negative emotions but not be driven by them. So while waiting will never be easy, some things in your control, at least, may make it more bearable.

Read next: 5 Signs You Should Take a Break From Social Media 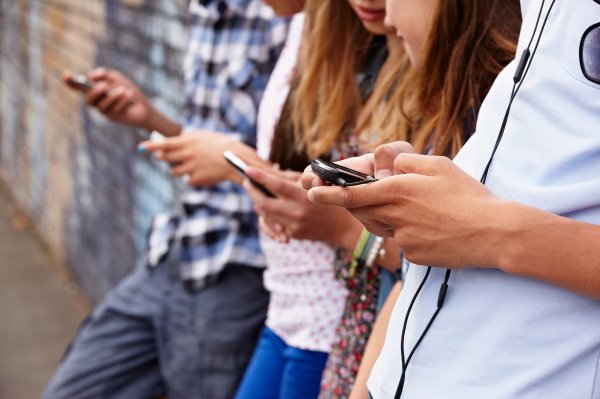 5 Signs You Should Take a Break From Social Media
Next Up: Editor's Pick