Dallas rang up a $27,000 bill while caring for the dog of a nurse who contracted Ebola in October and was quarantined for three weeks, according to a list of expenses publicized Wednesday.

Most of the cost to care for Nina Pham’s dog, a Cavalier King Charles Spaniel named Bentley that was isolated as a precautionary measure, was covered by private donations and grants, NBC News reports. The city’s total bill for its Ebola crisis added up to more than $155,000.

Nina Pham was one of two nurses who were treated for Ebola after caring for Thomas Eric Duncan, the first patient diagnosed with the virus in the U.S., and who later died. Pham was successfully treated and completed a 21-day quarantine period to ensure she was not a threat to the public upon her release. 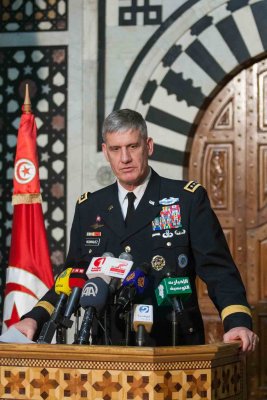 U.S. General Optimistic on Liberia's Battle With Ebola
Next Up: Editor's Pick