Now It's Democrats' Turn for a Post-Election Autopsy

US Sen. Mitch McConnell, Republican from Kentucky, waves to supporters with his wife Elaine Chao during his victory celebration at the Marriott East Hotel in Louisville, Ky. on Nov. 4, 2014.
Mark Lyons—EPA
By Zeke J Miller

A month after its midterm election drubbing, the Democratic National Committee has selected a panel of party leaders, allies, and operatives to examine where it went wrong in 2014.

DNC Chair Rep. Debbie Wasserman Schultz announced the formation of the “Democratic Victory Task Force” Thursday to conduct a review of Democratic Party and allied organizations operations in the 2014 cycle, when Democrats lost control of the Senate and saw defeats in House, gubernatorial and state legislative races across the country.

Democrats maintain a structural advantage in presidential cycles, when a larger and more diverse electorate goes to the polls, but they have suffered in two consecutive midterm years from lower, less diverse turnout, as well as frustration with President Barack Obama. The committee will review areas where the party needs to improve both its midterm election operations, as well as areas where it must act to gear up for the 2016 presidential campaign.

“We are proud to announce the members of the Democratic Victory Task Force, and are eager to work with them to build on what we’ve done that works, identify and prioritize challenges and ultimately improve our party’s performance in future elections,” Wasserman Schultz said in a statement. “This diverse group of Democratic Party officials, strategists and advocates will each bring with them expertise from their fields to collaborate on a holistic review of the Party’s past performance and present actionable areas for improvement moving forward.”

The panel follows a similar effort by the Republican National Committee after its 2012 defeat. The “Growth and Opportunity Project” recommended operational and policy changes to the Republican Party when it released its report in early 2013.

Wasserman Schultz said the group will report its initial findings at the DNC’s winter meeting in February 2015 and make final recommendations by mid-2015. 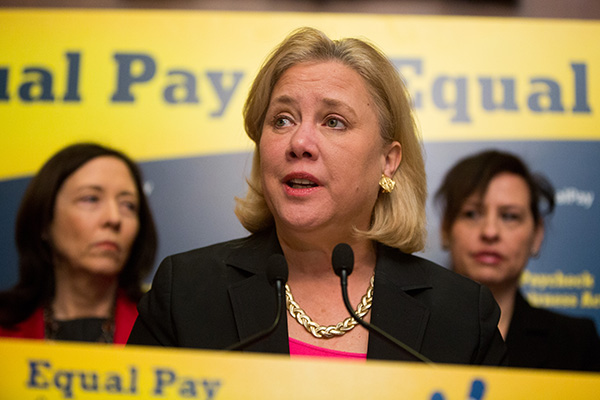