The Twitter account generally accepted to represent the views of the Supreme Leader of Iran, Ayatullah Ali Khamenei, tweets on a variety of subjects. Sometimes it attacks Israel, the Islamic State of Iraq and Syria and, often, the United States. At other times it details domestic meetings and events and on one occasion it exhorted boys and girls to play sports. But in the last two weeks a new subject has dominated the timeline of @khamenei_ir: #ferguson.

Iranians, Iran-watchers and journalists believe the Twitter account is managed by Khamenei’s office but it is not clear how directly involved the Supreme Leader is with its output. The account uses photos and video that only officials in the highest echelons of the Iranian government would have access to and in September it was used to post photos of Khamenei recovering from an operation in hospital. The Iranian government has never disputed the authenticity of the account.

Whoever is running it is watching events in Ferguson, Mo., with considerable interest. Exactly one week after a grand jury decided to not indict Darren Wilson, the police officer who shot Michael Brown in Ferguson on Aug.9, the Twitter account published a string of tweets accusing the U.S. government of “racial discrimination” and “subjugation of a great nation,” a nation with which “we have no problem.”

The account showed photos and videos showing alleged police brutality towards African-Americans with excerpts of a speech by Khamenei on Ferguson. “Racial discrimination is still a dilemma in a country that claims to support freedom and human rights. People are still deprived of living safely in the American society only for having dark skins, ” said Khamenei in the speech.

This is not the first time that Iran’s Supreme Leader has commented on social strife in the U.S. Observers in Iran believe that this is part of the ongoing propaganda battle between Iran and the U.S. that began at the time of the 1979 Islamic Revolution, which overthrew the U.S.-backed regime of Shah Reza Pahlavi. “The U.S. government has been accusing Iran of human rights violations throughout the last 35 years, so when there is an incident like Ferguson, Iranian officials take it as an opportunity to retaliate in kind,” says Hamidreza Jalaeipour, a sociologist who teaches at Tehran University. “Just as the U.S. claims that the Islamic Republic does not truly represent Iranians, Iran claims that the U.S. government is not legitimate.”

Other instances of social discord in the U.S., such as the Occupy Wall Street protests in 2011, also received prime coverage on state-controlled TV and were chronicled by countless articles in the Iranian press.

In spite of the historical animosity between the two governments, however, many American travellers to Iran say they have been surprised by the friendliness and hospitality Iranians show them. Many Iranians aspire to move to the U.S. for opportunities such as studying and work and the U.S. is home to the largest Iranian diaspora community, estimated to number more than one million people.

Observers of Iranian politics say that rhetoric from hardliners about specific domestic American news stories is not necessarily an accurate representation of the views of the majority. “Large swaths of Iranian society want to modernize the country and to interact with the world, but the hardliners fear that modernization will cause deviation from the revolution’s principles,” says Jalaeipour. “They believe that modernization is equal to becoming Americanized. That’s why they use any problem in American society to claim that modernization has bad results. All this interest on Ferguson is only in the official media. They want to show to Iranians that even though we are talking to them, the U.S. is still the Great Satan.” 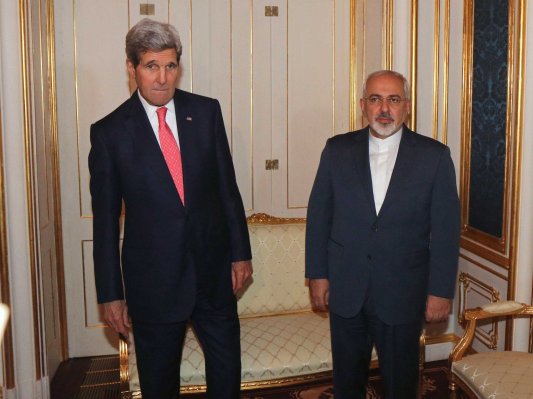 Why Iran and the U.S. Need Each Other More Than Ever
Next Up: Editor's Pick