Recently I ran across an article in the Boston Globe detailing a new survey on medical errors in Massachusetts. The findings were stunning: Nearly 25% of Massachusetts residents reported a medical mistake had occurred either to them or to someone they know, and of those, half said the oversight had serious repercussions to their health.

The study, along with other new research into medical mistakes and patient safety, was commissioned by the Betsy Lehman Center, an organization named for a Globe health reporter who died in 1994 when she was given an overdose of chemotherapy for her breast cancer — an overdose that was four times the correct amount.

Medical errors are no small matter in the US. A 2013 report shocked everyone when it revealed that between 210,000 and 440,000 people die every year as a result of preventable hospital mistakes. To put that in context, heart disease, the number one cause of death in the US, killed just shy of 600,000 people in 2010. Cancer, death-causer number two, killed 577,000 people the same year. Horrifically, the 2013 report places preventable medical mistakes as the third-biggest cause of death in the US.

It’s enough to make you not to want to go to a hospital, ever.

I talk a lot about fat-shaming in medical contexts. I’ve done so for years, and the single most common misapprehension I get from people is that fat-shaming by a doctor is merely a matter of personal discomfort. People assume that complaints about bad treatment by weight-biased doctors — doctors who often ignore symptoms or fail to run tests, or run tests that are unnecessary, or who knee-jerkily prescribe weight loss for everything from allergies to acne — are simply a matter of fat patients wanting their doctors to be nicer to them. “Doctors need to be able to tell you when you’re morbidly obese!” critics assert, as though that is even approaching the point.

In the first place, fat patients — or ANY patients — wanting their doctors to be nicer to them is entirely warranted. Doctors are not gods, and patients do not need to accept condescension, rudeness, or cruelty simply because the person dispensing it wears a white coat. I realize virtually every GP in the world is overworked and overstressed and trying to do way more than is reasonable for one person, and I have no doubt that eventually patients start to all run together, an endless parade of meatpuzzles with varying sets of symptoms, but that’s not an excuse. Doctors should consider how they communicate with their patients, and should make efforts to do so in ways that are at the very least respectful of basic human dignity. Even noncompliant patients — which I suspect is how many doctors see fat people — deserve to be treated with respect.

But besides all that, fat-shaming is not just an issue of feeling comfy and safe in the exam room. Fat-shaming can have life-threatening consequences when a doctor is making assumptions about a patient’s health and needs based exclusively on a visual appraisal and personal assumptions. This is not to say that a visual assessment isn’t useful as a part of an exam, but it’s just that — a PART of an exam, and insufficient for an accurate picture of an individual’s whole health.

While limited research has been done on this angle specifically, I think it’s reasonable to suggest that a doctor with unexamined weight bias is going to be at a far greater risk of making mistakes when diagnosing and treating fat patients.

And when people argue that doctors are entitled to weight bias, they are overlooking the very real danger that weight bias can and does lead to serious consequences for fat patients, when doctors assume that an ovarian tumor is just weight gain caused by overeating, or that asthma is just a patient being “out of shape,” or that fibromyalgia is just laziness.

If you don’t believe me, then check out the #DiagnosisFat hashtag on Twitter, which I inadvertently started when I had a little ramble on the subject and solicited people’s stories of medical misdiagnosis or delayed diagnosis owing to weight bias.

Even I’m a little stunned by the number of people responding, and the fact that so many of the stories have similar themes. The experiences being shared are by turns frustrating, enraging, and in some cases, downright brutal. While culturally we’re very eager to blame fat people for rising healthcare costs, we seem unwilling to consider that assigning that blame creates an environment in which many fat people are not being treated with the same level of care as thinner patients.

Weight bias in medicine has dire repercussions for many, and so when a doctor makes a fat-shaming comment during an exam, while it may be a momentary source of distress, it’s also much larger than that — it’s a red flag. And in a medical environment where literal hundreds of thousands of people die every year as a result of preventable medical errors, it’s a red flag worth heeding. Your survival may depend on it. 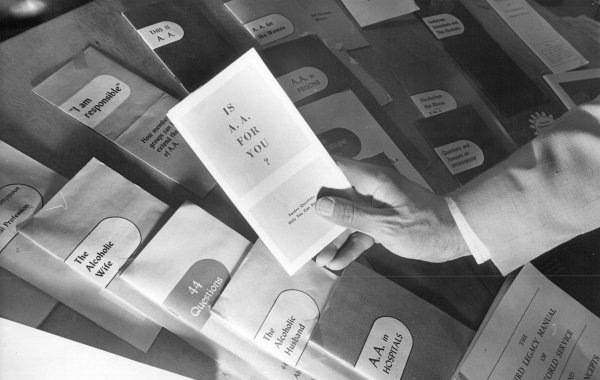 How Alcoholics Anonymous Got Its Start
Next Up: Editor's Pick