A video grab taken from a propaganda video released by al-Malahem Media on Dec. 4, 2014 purportedly shows hostage Luke Somers, 33, kidnapped more than a year ago in the Yemeni capital Sanaa, calling for help and saying that his life is in danger.
AFP/Getty Images
By Tessa Berenson

The United States attempted to rescue an American hostage being held by an Al Qaeda affiliate in Yemen, according to the Pentagon.

Luke Somers, a 33-year-old photojournalist and interpreter, was captured in Yemen 14 months ago, reports ABC News. Al Qaeda in the Arabian Peninsula released a video of Somers Wednesday night, threatening to kill him in three days if President Obama doesn’t “meet our demands.”

The Pentagon issued a statement Thursday to “provide accurate information” after The Washington Post, among others, reported an operation to rescue Somers and other hostages held in Yemen.

“The United States attempted a rescue operation recently to free a number of hostages, including U.S. citizen Luke Somers, held in Yemen by Al-Qaida [sic] in the Arabian Peninsula,” said a statement by Pentagon Press Secretary Rear Adm. John Kirby. “This operation was conducted in partnership with the armed forces of Yemen and involved air and ground components. Some hostages were rescued, but others — including Somers — were not present at the targeted location. Details about the mission remain classified.”

A Nov. 26 report in the New York Times said that eight hostages, including two Yemenis, had been rescued in the operation. It did not name Somers. 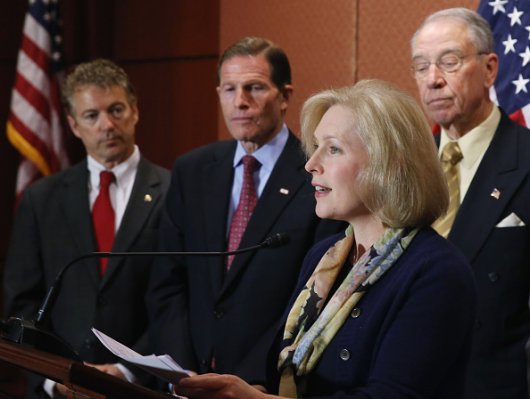 Bipartisan Push to Improve Military's Handling of Sex Assault
Next Up: Editor's Pick