Westerners in Abu Dhabi Anxious After Jihadist-Linked Murder of Teacher

A CCTV image shows a fully veiled woman walking in a shopping mall in the Emirati capital, Abu Dhabi. The woman is a suspect in the killing of an American teacher stabbed in the Boutik Mall's toilet.
AFP/Getty Images
By Elizabeth A. Dickinson / Abu Dhabi

Westerners in Abu Dhabi say they are concerned about rising extremism following the killing of an American teacher and the placing of a bomb outside the home of an American doctor in a state that is renowned for its security and tolerance of Western residents.

Police arrested a woman on Thursday in connection with the attacks. She was described by authorities in Abu Dhabi, part of the United Arab Emirates (UAE), as an Emirati national in her late 30s but her name was not given. They also said that she had targeted the two Americans because of their nationality and not for any personal reason. The suspect was seen escaping from the mall in a long black robe in a video released by local police.

Late Thursday afternoon, Lt. General Sheikh Saif bin Zayed Al Nahyan, Deputy Prime Minister and Minister of the Interior, said that the suspect had been arrested and that the same person had also “tried to plant a primitive bomb in front of the house of a resident U.S. doctor,” according to a statement from the state news agency WAM.

On Dec.1, Ibolya Ryan, a 47-year-old mother of three, was stabbed to death in the bathroom of a small shopping center in the bottom of an apartment complex on Reem Island, a development outside the center of Abu Dhabi. Ryan, who was originally from Colorado, was a teacher at a local kindergarten.

“My reaction is complete shock or surprise because nothing like that happens here, I’ve never felt any threat,” says Andres Calderon, a resident in the building where the first attack occurred. “I often leave my house door open, even my car sometimes is not locked. The sense of security here is incredibly high.”

The incident followed a warning by the U.S. State Department on Oct. 29 that jihadist websites had called for attacks on American and international educational institutions in the Middle East.

There are more than 30,000 Americans living in the UAE. Most live in Dubai but several thousand live in Abu Dhabi.

“I thought Abu Dhabi was a safe place but I’m seeing more extremism in passing comments and in the way that people are even covering up on a daily basis,” says Robyn Albers, an expatriate who has lived in the UAE for nine years.

“When I heard about the stabbing, I found it shocking,” says one elementary school teacher in Abu Dhabi, who requested anonymity because she did not have permission from her employer to speak to media. “A lot of my colleagues live on Reem Island and we shop there all the time. I feel really sad for the family.”

A professor at Abu Dhabi’s Zayed University, also declining to speak on the record, says the incident had made her more wary. But she continued, “I think most people feel very safe here. The security on this campus and others is really high.”

Analysts said the attacks could be part of a broader threat to Western expatriates in the Gulf region by Sunni militant group the Islamic State in Iraq and Syria (ISIS). The group called for attacks on Americans following the formation of a U.S.-backed coalition targeting its operations in Iraq and Syria. All six states of the Gulf Cooperation Council — Bahrain, Kuwait, Oman, Qatar, Saudi Arabia and the UAE — are participating in the coalition.

“What we’re witnessing is a growth of potentially Daesh-related incidents in Gulf states,” says Theodore Karasik, a senior advisor to Risk Insurance Management, a consultancy based in Dubai, using the Arabic acronym for ISIS. He cited several recent incidents in Saudi Arabia, including the killing last month of a Danish citizen, which an ISIS-linked media outlet later claimed was carried out by the extremist group.

“Expats in Gulf are probably more vulnerable than they were before and should take precautions because of what appears to be a growing pattern of attacks,” he says, adding that “it was not clear yet if any of these attacks have been lone wolf attacks” or were coordinated.

Some educational institutions have visibly increased security since the October warning from the State Department.

“After we brought up the American warning with the administration at our school, they assured us that everyone’s safety taken care of,” says the elementary school teacher. “We have policies that have been put in place.”

New York University Abu Dhabi, located on Saadiyat Island — a 10 minute drive from central Abu Dhabi — established a checkpoint for all cars entering the campus earlier this fall. A spokesman for the university declined to comment.

Abu Dhabi needs the skills of expatriates to work in its oil and service industries. Residents from Western countries often enjoy high tax-free salaries and a luxurious lifestyle. Both parties are keen that extremist violence does not threaten this mutually beneficial arrangement.

For your security, we've sent a confirmation email to the address you entered. Click the link to confirm your subscription and begin receiving our newsletters. If you don't get the confirmation within 10 minutes, please check your spam folder.
Most Popular on TIME
1
Romney Condemns Trump Commuting Roger Stone's Sentence
2
Gingrich Laid the Groundwork for Trump
3
U.K. Government Relaxes Quarantine Rules For Travelers From 58 Countries 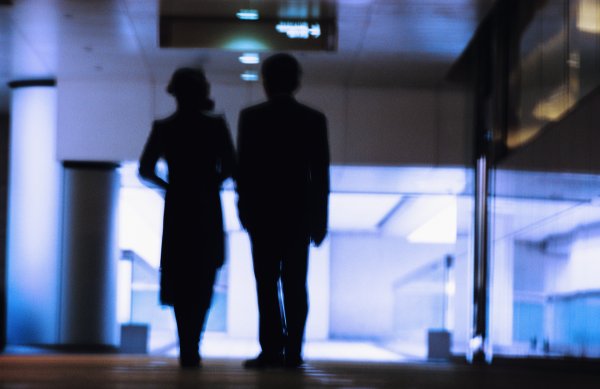