The Savior Under Siege

The embattled Mexican leader at a meeting with lawyers in Mexico City on Nov. 21
TOMAS BRAVO—REUTERS
By Jorge Castañeda

Two years ago, Mexican President Enrique Peña Nieto took office under inauspicious circumstances. He was elected with just 38% of the vote, without a majority in either house of Congress, and with the opposition in control of the country’s capital. The runner-up, Andrés Manuel López Obrador, questioned the results of the election that had brought Peña Nieto’s party, the PRI, back to power after its 71-year reign had been broken in 2000. Peña Nieto’s predecessor, Felipe Calderón, bequeathed him a war on drugs that had cost more than 60,000 lives from 2006 to 2012, Calderón’s term in office.

But the new President defied the dire expectations. He cut a deal with the main opposition parties—including Calderón’s right-of-center PAN—and proceeded to pass a series of significant reforms, including in the notoriously untouchable energy and telecommunications sectors. He was hailed as a world-class reformer, and his handlers proclaimed “the Mexican moment,” as the country moved closer to finally fulfilling its vast promise.

A couple of years on, though, Mexico’s promise remains just that. The country and its increasingly gray-haired leader are going through one of the most serious crises in recent history, as one tragedy, scandal or disappointment after another has shaken up a skeptical and disgruntled society. The price of oil, from which the government earns a third of its revenue, has plunged 30% in the past six months. Economic expansion this year—expected to be between 2% and 2.5%, after 2013’s miserly 1.1%—suggests that growth over Peña Nieto’s term will be even worse than the mediocre 2.5% average experienced over the past quarter-century.

At the same time, the President’s Faustian pact with his predecessor has fanned doubts about his willingness to tackle official misdemeanors. To secure the PAN’s support for his energy reforms—and to neutralize the left’s opposition—Peña Nieto handed former President Calderón and all his aides a tacit, blanket pardon for any conceivable misdeeds, from human-rights violations to corruption.

Security is also deteriorating. The massacre of 22 civilians by the army in Tlatlaya, a small town 240 km southwest of Mexico City, and the abduction and subsequent assassination of 43 students in the town of Iguala, triggered protests across Mexico. But instead of addressing the concerns of the protesters, the government mishandled the problems, believing that both episodes would simply blow over. Peña Nieto spent nearly a week in China and ­Australia even as public anger grew over the case of the missing students.

That’s not the end—before his trip to Beijing, Peña Nieto canceled a multibillion-dollar contract with a Chinese railroad company to build a rapid-train line north of Mexico City. Shortly after, news broke about an ostentatious home acquired a few years ago by his wife—a former television star—allegedly thanks to a loan extended to her by the Mexican partner of the Chinese railway firm. First Lady Angélica Rivera soon announced that she would sell the mansion. But the damage had already been done.

Peña Nieto tried to put these crises behind him with a national address on Nov. 27, promising a series of new measures, including the elimination of municipal police forces. But he avoided any steps to tackle corruption or rein in the criminals who continue to operate with impunity.

In fact, no Mexican leader since the advent of democracy has acknowledged that the country has never lived under the rule of law, under a system designed to fight corruption and guard against rampant crime and human-rights violations. Law and order used to be imposed by an authoritarian state. But when democracy came, such impositions were no longer possible. The result was no rule of law.

Absent this recognition, no reform will have credibility in the eyes of the Mexican people, legitimacy on the part of foreign investors or effectiveness in defeating the “bad guys.” For a President from a party that ruled Mexico for seven decades, accepting this is not easy. His weakness is reflected in his falling popularity ratings: two years on from his inauguration, only 39% of Mexicans approve of Peña Nieto. He has four years to recover.n 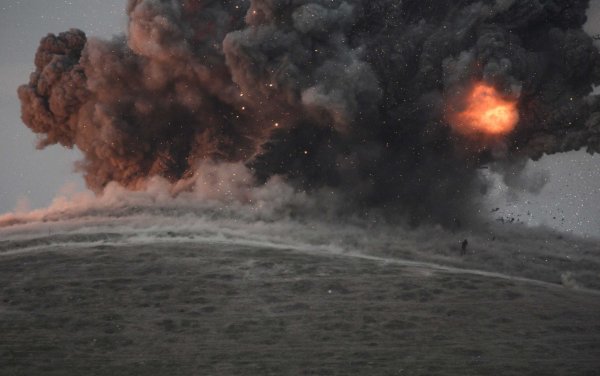 Viral Threats
Next Up: Editor's Pick