One Last Chance for Japan

After rising hopes, Japan has slipped into another recession
Q. Sakamaki—Redux for TIME
By Michael Schuman/Tokyo

Mention prime minister shinzo abe to the industrious housewives of the First Tokyo Branch of the Tomo-No-Kai, a women’s association, and they’re quick to grumble. Every Thursday, its members meet in an office cluttered with wooden tables and bookcases to train one another in the art of housekeeping—including the management of the family finances, a responsibility still expected of many married women in Japan. In their neatly kept ledgers they meticulously record each yen spent on every bag of rice, movie ticket, medical bill, children’s toy and new shirt.

Since Abe took office two years ago, they complain, balancing their domestic accounts has become much harder. Prices and taxes have risen, while their household incomes have not. Michiko Wakamatsu, 71, frets that her weekly grocery bill has increased by more than $8—some 20%—an extra cost that she and her husband, as retirees, can ill afford. No­riko Oka, a 46-year-old housewife whose husband runs a restaurant, says she has been forced to buy less beef and search for sales to stay within her limited budget. “If there has been anything good since Abe came in, we don’t see it,” says 67-year-old Sumiko Okabe.

That’s not what the Prime Minister would like to hear. When his Liberal Democratic Party (LDP) swept to power in a landslide in 2012, Abe pledged to finally break the chains that have fettered the once mighty Japanese economy for two decades. His three-pronged action plan—central-bank stimulus, government spending and proposed structural reforms, collectively known as Abenomics—was heralded by many economists. Nobel laureate Paul Krugman wrote in the New York Times: “Japan, which pioneered the economics of stagnation, may also end up showing the rest of us the way out.”

Today, though, Japan seems lost yet again. Its economy tumbled back into recession in the quarter that ended in September, its fourth since 2008. The future is just as grim. Izumi Devalier, an economist at HSBC, slashed her GDP growth forecasts in late November to 0.3% this year and 0.6% in 2015, noting that Japan’s poor performance “raises fundamental concerns about the success of Abenomics.” Kenneth Courtis, former vice chairman of Goldman Sachs Asia, put it more succinctly: “For Japanese wage earners, Abenomics has become Abegeddon.”

Now Abe is paying the political price. On Nov. 18, facing approval ratings under 50%—the lowest since he took office—Abe called for early elections, just halfway through his four-year term. Abenomics is on the ballot. “Through this election campaign, I wish to ask the public if our economic policy is mistaken or correct,” he said on Nov. 21. His hope is that a vote of public confidence will breathe new life into his flagging initiatives.

He’ll need the boost. The chief reason Abe hasn’t turned around Japan is his failure, so far, to introduce what policy­makers call the “third arrow” of Abenomics: the structural reforms. These range from cutting bureaucratic red tape to opening protected markets—all to unleash entrepreneurship, encourage investment, boost productivity and spur growth. Many of these reforms will be painful and unpopular, so Abe will require all the political muscle he can muster to push them through the legislature, called the Diet.

The elections, scheduled for Dec. 14, will almost certainly return the LDP to power, largely because its rivals are in disarray, enabling Abe to remain Prime Minister. But many experts expect growing public discontent to help opposition parties claim dozens of new seats in the Diet, leaving Abe weakened. He may have had no choice—analysts speculate that Abe figured the LDP would perform even worse if he waited to call the next elections, which would have had to be held by late 2016. Says Jeff Kingston, an Asian-studies professor at Temple University’s Tokyo program: “It’s going to be hard for spin doctors to turn this election into a mandate with credibility.”

the japanese story of political paralysis and a feeble economy is all too familiar, but a failing Japan should worry all of us. Amid the excitement about a rising China, we often forget that Japan is still the world’s third largest economy and home to titans of industry like Toyota, Honda and Sony. What happens in Tokyo ripples around the world. “A healthy Japan is good for the U.S. and good for the world economy,” says Kim Schoenholtz, director of the Center for Global Economy and Business at New York University’s Stern School of Business.

That’s why many economists and businessmen got so excited about Abenomics. Finally, a Japanese leader seemed willing to do what was needed to resurrect the economy. Egged on by Abe, Haruhiko Kuroda, governor at the Bank of Japan (BOJ), embarked on a stimulus program called quantitative easing, or QE, flooding the economy with cash to break the corrosive deflation that has inhibited spending and investment. Though burdened by a yawning budget deficit and government debt of 240% of GDP, biggest in the industrialized world, Abe’s administration pumped up spending. The Prime Minister also pledged to get more women into the workforce, deregulate industry and liberate the restricted and unproductive agriculture sector. He entered negotiations to join the Trans-­Pacific Partnership (TPP), a free-trade agreement promoted by the White House that would open up Japan more widely to global competition. “I don’t see a better strategy” to revive Japan, says Schoenholtz.

But the benefits of Abenomics never quite made it to Main Street. Toshiaki Funakubo, CEO of Tokyo-based Showa Seisakusho Co., which manufactures new parts and other materials for corporations, says he has seen no new business since the start of Abenomics. He gripes that the financial position of his 40-person firm—already losing money before Abe took office—has come under more strain. The QE has weakened the yen, causing costs to rise because of higher prices for imported goods. Abenomics “is just covering up the wounds, but not curing the fundamental problems,” says Funakubo. With the BOJ’s QE scheme pushing up prices, even as wages stayed stagnant, the average Japanese household could afford less, putting pressure on the middle class. Abe added to the burden in April when, bowing to the realities of the government’s empty coffers, he moved ahead with a hike in the consumption tax. Though the increase was small—from 5% to 8%—it tanked consumer spending. Courtis, the economist, figures that by the end of 2015, Abenomics will have shaved more than 9% off a wage earner’s income, when adjusted for these new costs.

Some supporters of Abenomics believe the tax was mistimed, imposed just when the program was starting to show results. Others worry that Japan’s national finances are so strained that Abe has no choice but to start repairing them. On Dec. 1, Moody’s downgraded Japan’s sovereign-credit rating, citing “heightened uncertainty over the achievability of fiscal deficit reduction goals.” “The failure of Abenomics means a very horrible outcome,” says Takatoshi Ito, a professor at Tokyo’s National Graduate Institute for Policy Studies and one of Japan’s most respected economists. “We’re getting to the last chance.”

Yuji Kano is suffering through the fallout. A manager of the Topboy video-game shop in the Kamata district of Tokyo, Kano says sales have plunged by 30% this year, forcing the store to lay off three of its seven employees. His customers are too worried about affording the necessities of life, like food and health care, to splurge on games, and those who do make a purchase tend to look for the cheapest items on the shelves. “Lots of people have given up shopping,” says Kano, 33. “I can’t see any benefits from Abenomics.”

To try to repair the damage, abenomics has been put into overdrive. The BOJ’s Kuroda announced in October that the central bank would expand its already gargantuan QE program to prevent Japan from slipping into deflation. Last month Abe decided to delay a further increase in the consumption tax, originally scheduled for 2015, to ease the pressure on households. But that’s the easy stuff. Though a lot of cash is sloshing around Japan, businesspeople, both big and small, aren’t investing and spending it. To truly save Abenomics, the Prime Minister has to do something difficult: deeper and faster reform that would create new opportunities and accelerate growth. The third arrow has to hit home.

Abe has been slow to fulfill his pledges of reform. In June 2013 he announced a program to create special zones in which the government would experiment with freer, less regulated markets. These would include, for example, lifting some restrictions on foreign doctors to make it easier for them to practice in the country, or relaxing building regulations to re-energize the construction sector. Nearly 18 months later, only two of the six designated zones have started, and even those are just in the early stages of implementation. Talks to finalize the TPP have stalled over Abe’s resistance to opening up Japan’s overprotected agricultural sector. Some critical but politically sensitive changes seem to be off the table, like allowing more immigrants to offset the economic drag of an aging populace. “They are far from where they ought to be,” says Stern’s Schoenholtz.

Koichi Hamada, an economist at Yale University and a special adviser to Abe, believes that the Prime Minister intends to act more aggressively on reform after the elections. Abe has a “very determined mind to pursue the important ingredients of the third arrow,” Hamada says. Some analysts remain hopeful that, with the elections out of the way, Abe will be emboldened to press ahead on tough change. Abe “has come around to the view that he really has to focus on these economic reforms,” says Gerald Curtis, a specialist on Japanese politics at New York City’s Columbia University, “that there is no accomplishing anything and that there is no way to stay in office if Abenomics doesn’t succeed.”

Others have lost confidence in Abe. Despite enjoying a large majority in the Diet over the past two years, Abe has achieved little, and critics fear he lacks the political will to overcome resistance to reform, even within his own party. Abe’s policymakers “don’t want to do reform,” says Seki Obata, a finance professor at Keio Business School in Tokyo. “They just want to take the easy way.” There is also concern that Abe will prioritize other, equally controversial aspects of his policy program: expanding the role of Japan’s military and charting a nationalist agenda. That could make him reluctant to expend scarce political capital on contentious economic policies. “Abenomics is more of a calling card” for Abe, says Temple’s Kingston. “It’s not fire-in-the-belly stuff.”

Yet Abe better get that flame burning. “The growth strategy is the only hope,” says Ito of the National Graduate Institute. “If the third arrow doesn’t work in the next two years, we will be doomed.” And then Japan’s thrifty housewives will have a lot more to grumble about. —with reporting by Chie Kobayashi/Tokyo 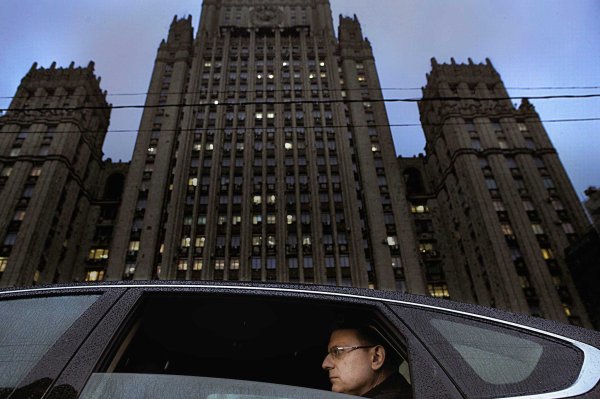