Protesters gather in front of the Phi Kappa Psi fraternity house at the University of Virginia on Nov. 22
Ryan M. Kelly—AP
By Eliza Gray

The stretch between Thanksgiving and Christmas tends to be a festive time at the University of Virginia. After studying hard for final exams, many students toast semester’s end with punch-filled cups at holiday parties thrown by fraternities at their rambling redbrick mansions along Charlottesville’s Rugby Road. Events like tacky Christmas-sweater cocktails and Phi Delta Theta’s caroling have become yearly rituals–no small thing at a university that takes tradition as seriously as UVa.

But instead of the sound of clinking glasses, Rugby Road was filled on a recent night with the angry chants of students and faculty carrying signs reading End Rape and Take back the party. Their protest was prompted by a harrowing story published in Rolling Stone on Nov. 19, which told of a student being gang-raped at a UVa fraternity house and a school community that apparently failed to respond. By Nov. 22, UVa president Teresa Sullivan announced she was suspending all Greek organizations and their social activities until Jan. 9 while the school reviewed its policies for handling sexual assault. In her statement, Sullivan leaned on a quote from Thomas Jefferson, who founded UVa in 1819: “It is more honorable to repair a wrong than to persist in it.”

And with that, Mr. Jefferson’s university took center stage at a critical moment in the roiling national debate about rape on college campuses. This has been a year of reckoning for America’s institutions of higher learning, with so many developments that TIME devoted its May 26 cover to the subject. Some 90 schools, including UVa, are under investigation by the Department of Education for mishandling sexual-assault cases. Many more have overhauled their misconduct policies in an attempt to avoid a similar fate.

Since the Obama Administration began its campaign against campus sex assault in 2011, schools have responded by launching peer-awareness programs, tightening disciplinary procedures and beefing up support staff for survivors. But the circumstances surrounding the horrific allegations at UVa are casting light on a part of the problem that has gotten far less attention: the role that fraternities can play in creating a climate for sexual assault. At many schools, frats are the hub of campus social life–which means they’re also a center for the binge drinking and codified social structures that experts say fuel the assault problem. Research shows that more than three-quarters of sexual-assault victims were incapacitated at the time of the attack. Truly getting a handle on assault, these advocates argue, means confronting the reality that fraternities are often a primary, if unintentional, enabler.

“You can’t prioritize a group over an epidemic,” says Andrea Pino, a 2014 graduate of the University of North Carolina and a co-founder of End Rape on Campus. “Unless you want to say rape is part of tradition, you need to start to correct that behavior.”

Greek organizations occupy a hallowed place at many American institutions, with powerful alumni who are often among a school’s most generous donors. Their pull is especially strong at UVa, where nearly a third of undergraduates are members of fraternities or sororities. Many more students rely on their parties, particularly those under 21. “Frankly, for first years–and this is true all over the country–they are coming to college and looking to drink,” says Jalen Ross, the president of UVa’s student council and a member of the Phi Delta Theta fraternity. “They can’t do it in dorms, they don’t have friends in apartments, so typically for first years, the way they engage in social life is to go to fraternities.”

This can create a troubling dynamic for women. Sororities are dry at UVa–as they are at most schools–largely due to the cost of liability insurance. This means fraternities are often the only social organizations with the off-campus space and liability insurance to throw big, booze-fueled parties. For underage women, getting in tends to require passing muster with a gatekeeper. “The men police the doors,” says Susan Fraiman, a UVa English professor who is active in the effort to reform Greek life on campus. “Students tell me that they evaluate women on the basis of their appearance, what they are wearing. Women are not at all on their own turf. They are in a space where they don’t know the layout. They get separated from their friends.”

These conditions can be particularly fertile for sexual predators. In a respected government-sponsored survey of more than 6,000 undergraduates at two large public universities in 2007, over a quarter of incapacitated sexual-assault victims reported that their assailant was a fraternity member. The kegs of cheap beer and barrels of sweet, high-proof punch that are a central draw of many frat parties can be a prime culprit.

“Fraternities can be a conduit for people that do want to commit these acts,” says Ashley Brown, a fourth-year student at UVa who heads One Less, a campus rape-survivors’ support group. “It’s a perfect storm of anonymity and inebriation.”

Those were the circumstances in the gruesome account of rape that has rocked UVa. In the Rolling Stone story, a freshman woman describes how an invitation to a fraternity party in the fall of 2012 quickly turned into a violent assault at the hands of seven frat brothers in Phi Kappa Psi’s white-columned mansion on Rugby Road. The article said the student was dissuaded from pressing charges by friends. Even after she reported the incident to school administrators, the alleged rapists faced no consequences, the story claimed. That outcome was depressingly common at UVa, according to the story: Since 1998, 183 people have been expelled for honor-code violations like cheating, but none have been kicked out for sexual assault.

UVa says it has asked Charlottesville police to examine the matter; as of Dec. 3, that inquiry had not yet crossed the threshold of becoming a formal criminal investigation. For its part, Phi Kappa Psi says it is conducting its own investigation and will cooperate with authorities.

Meanwhile, questions have been raised about the credibility of the article, which relied solely on the account of the victim, identified only by her first name. And the writer, Sabrina Rubin Erdely, has acknowledged that she never interviewed the men accused of the rape. But for top officials at UVa, which is still reeling from the discovery in October that sophomore Hannah Graham had been killed and from the 2010 murder of a student by her abusive boyfriend and classmate, the story served as an overdue wake-up call.

“If part of our culture is broken, then it’s time to fix it,” Sullivan, the UVa president, tells TIME.

Even before the latest allegations at UVa, some schools had taken steps to rein in fraternities tied to assaults. On Dec. 1, Wesleyan University banned the Psi Upsilon fraternity chapter from holding social events until the end of 2015 after two of its members were dismissed for sexual misconduct. The move followed an earlier directive that fraternities go coed within three years, an attempt to neutralize the power imbalance that can lead to predatory behavior. In May, Amherst College prohibited students from joining off-campus frats. On Nov. 3, faculty at Dartmouth held a nonbinding vote in favor of eliminating the Greek system. And just days before the Rolling Stone article was published, Brown University suspended its Phi Kappa Psi chapter after two women said they were drugged at one of its parties and one said she was assaulted. (One student tested positive for the date-rape drug GHB.)

But such measures are relatively rare, and Dartmouth, for one, is unlikely to take up the faculty on its recommendation. There are more than 6,000 fraternity chapters on 800 campuses across the U.S., and schools are often unwilling or unable to exercise much oversight over them.

That’s partly because administrators’ authority can be surprisingly limited. At most schools, fraternities are chapters of national organizations, and their houses are often privately owned. (UVa has what is called a Fraternal Organization Agreement, or FOA, with the national fraternities, which grants recognition to chapters but lets them operate independently.) This means that universities have few legal avenues to crack down on fraternities’ worst excesses. The responsibility for dealing with criminal activity inside fraternity houses often falls to local law enforcement, which can create confusion for students and community members about who’s in charge.

At UVa, for example, the Charlottesville police have jurisdiction over most of the fraternity houses. Six houses that are on campus, however, are patrolled by the school’s police force. And all the houses are privately owned, which means school officials have little control over what goes on inside. “They have a Fourth Amendment right to secure their homes,” Sullivan says. It takes probable cause–like noise complaints or reports of a fight–for police to intervene.

Of course, the overwhelming majority of fraternity members are not rapists, and Sullivan goes out of her way to cast sexual assault as a broader cultural problem. “It’s a mistake to view the Greek system as monolithic,” she says. “They are very different from one another. A lot of leadership comes from some of the Greek houses, so I think it is important when we talk about this to try not to stereotype them as if they are all exactly the same.”

Sullivan does, however, want to revise the FOA so that it “has more teeth in it” and give the university broader authority over fraternities. Regulating booze is a top priority. “I’d also give them some other ideas,” Sullivan says. “One would be serving only beer and only in the original container. The days of the trash can full of punch have to be over.”

One proposal suggested by the students would require that bedroom doors be locked when fraternities host parties. Another would restructure the university’s yearly bid night–when fraternities give out bids to prospective members–which has become an evening of particularly high risk for sexual assault because of the high volume of alcohol-drenched celebrations.

Such changes will depend on a larger cultural shift, which is a challenge at one of the last major public universities to go coed (UVa admitted women starting in 1970, nearly 100 years after peer institutions around the U.S.) and where the archetype of the hard-drinking Southern gentleman has proved particularly resilient. “We are very interested in changing the culture so that people are more free to come forward and don’t pay a high social cost,” Sullivan says.

Those changes would be welcome, but reforms to the fraternity system are merely the latest step in the ongoing process of reckoning with a problem that has been neglected for decades. “UVa has a deeply rooted culture that depends on fraternities. It’s not like banning alcohol is going to make that go away,” says Pino, the survivors’ activist. “It’s not going to go away by the time 2020 graduates. It’s going to take a long time and an iron fist. A person who commits a sexual assault doesn’t deserve a UVa degree.” 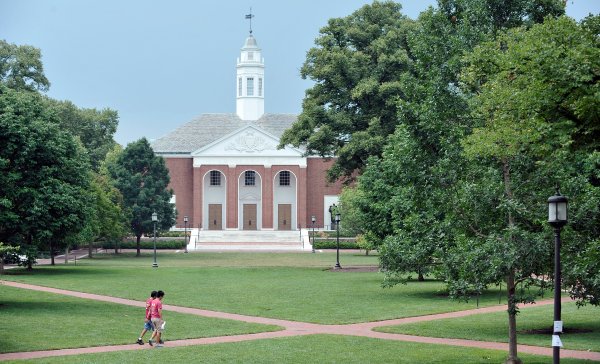