The ISIS Leader's Wife May Not Have Been Arrested After All

This file image made from video posted on a militant website Saturday, July 5, 2014, which has been authenticated based on its contents and other AP reporting, purports to show the leader of the Islamic State group, Abu Bakr al-Baghdadi, delivering a sermon at a mosque in Iraq.
AP

The identity of Saja al-Dulaimi, the purported wife of ISIS leader Abu Bakr al-Baghdadi, is being disputed.

The woman tried to enter Lebanon over a week ago, accompanied by a 4-year-old boy. She was arrested in a coordinated operation involving agencies from Iraq, Syria and Lebanon, an unidentified intelligence source told CNN.

Her detention was widely reported, but different sources now claim that the woman is actually al-Baghdadi’s ex-wife, or a powerful figure within ISIS, or even unrelated.

The Iraqi Interior Ministry says that al-Baghdadi’s wives are called Asma Fawzi Mohammed al-Dulaimi and Israa Rajab Mahal Al-Qaisi and that the detained woman is neither of these.

The Lebanese authorities have made no official comment, and the CIA has not responded to claims that it was involved in the capture. ISIS members on social media deny that al-Baghdadi’s wife has been arrested. 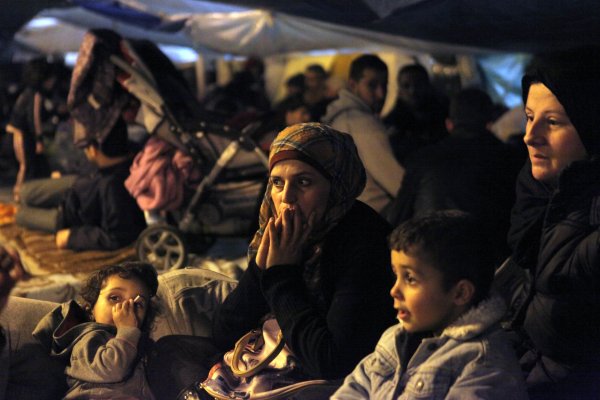