Ferguson Was the Spark — Eric Garner Is the Fire

Here’s a look at the future, and probably not that far into it. People will learn two things:

1) That an officer was not indicted for murdering Eric Garner—black, 43, and detained simply for selling single cigarettes—despite the fact that the killing was recorded from start to finish for all of America to see.

2) That an officer was not indicted for killing Michael Brown after Brown had stolen from a store, refused the officer’s request to step aside and perhaps tried to grab his gun, with the officer shooting when Brown repeatedly lunged toward him for some reason, with none of this recorded and the details murkily varying from one witness to the next.

Perfectly sensible people will be wondering why so many people in late 2014 thought of the Ferguson case, in particular, as the civil rights case of the 21st century. Yes, Brown should not have died—I have heartily agreed, repeatedly. But people in the future will see the current focus on Ferguson as evidence of people losing sight of the fact that activism is supposed to be about results.

Are we trying to create a humanity devoid of any racist bias, or are we trying to stop cops from shooting black men? The two aren’t the same. A world without racism would be a world without dirt. A world where episodes like what has happened just this year to Garner, Brown, John Crawford, Akai Gurley, and Tamir Rice is much more plausible. We need special prosecutors, body cameras, and, if you ask me, an end to the war on drugs.

As such, we must be pragmatic. I know the people protesting Michael Brown’s death nationwide are sincere. But it’s easy to forget that in cases like this, sincerity is supposed to be forward-focused. It’s all too human for people to end up mistaking the heightened emotions, the threats, the media attention, the catharsis, as progress itself. But drama alone burns fast and bright. Think about how Trayvon is already—admit it—seeming more like history than the present.

Are we really committed to this thing lasting past the winter?

If so, then we have to ask ourselves—is Michael Brown more important somehow because he was killed with a gun? Is Garner somehow less worthy of iconic, implacable protest because he was older than Brown, less “glamorous” than a teenager? Is it, in other words, that Brown is more dramatic?

Because there are other kinds of drama, if we must. For example, Officer Daniel Pantaleo’s statement about Garner is outright tragedy—so disgustingly detached coming from someone’s murderer that it constitutes drama in itself.

“It is never my intention to harm anyone,” Pantaleo says—as if we were thinking now of “harm,” a formal term you can use to refer to a dent in your car. “I feel very bad about the death of Mr. Garner”—my God, “very bad” sounds like he broke someone’s window with a baseball, and “the death of Mr. Garner” sounds like something he watched on TV rather than did with his bare hands. “Accept my personal condolences” says this man twice brought up on misconduct charges before, as if it were his aunt by marriage who passed away after a brief illness.

This, to me, is an articulate testament to how some whites can be unable to see black people as human—and, especially if cops, be more likely to kill them. This, ladies and gentlemen, is a precious teaching moment. Pantaleo’s statement is, in its way, as useful as Reverend King’s Letter From a Birmingham Jail as a look into a human mind.

Yet one hears that however iffy the Ferguson details are, we should just go with it because it has struck a chord. That our message to America is to be “Even when my son steals from a store, refuses a cop’s order and tries to take his gun, he shouldn’t get shot.” And he shouldn’t, but wow, what a delicate and hopelessly controversial point that is in such a key moment as this. It’s a tricky, subtle assertion, which has not struck a chord with the disinterested middle because the facts are too murky. We want to make history, not just headlines.

How about this, as a story we can tell the next generation without taking a deep breath and thinking about how to paper over the holes?

Ferguson was the spark, but Garner was “it.”

Here is where I am quite sure Reverend King and Bayard Rustin would be planning not just statements and gestures, but boycotts. The recording of Garner’s death has the clear, potent and inarguable authority of the Birmingham newsreels. We must use that. Yes, use—we are trying to create change, not just perform. 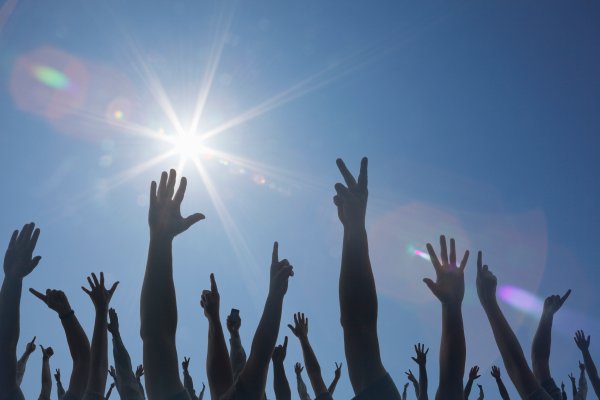 Why I Brought My Young Kids to a Ferguson Protest
Next Up: Editor's Pick