Why Electronic Arts Is Suddenly Roaring Back to Life

A visitor passes an advertisement for the Sony Corp. Playstation version of the FIFA 15 soccer game, produced by Electronic Arts Inc. (EA), during the EGX gaming conference at Earls Court in London, U.K., on Thursday, Sept. 25, 2014.
Bloomberg—Bloomberg via Getty Images
By Kevin Kelleher

It’s been a rough six years for Electronic Arts, as the gaming giant has navigated it way through a rapidly changing world of games while facing a customer backlash, a disenchantment of developers in studios it acquired, and increasingly unhappy investors.

But if the mood of one group – EA shareholders – is any indication, the Redwood City, California company is on its way back. Electronic Arts’ stock rose as high as $46.23 Wednesday, its highest level since September 2008, before closing at $45.99. So far this year, EA has risen 100%, outpacing by a healthy margin rivals like Activision Blizzard (up 20%), Ubisoft (up 22%) and casual gaming company Zynga (down 33%).

That recovery has been a long time coming. EA lost its way nearly a decade ago as its push to wring profits from established franchises led to a stagnation in creativity and, ultimately, financial growth. In 2008, then-CEO John Riccitiello offered a mea culpa to a crowd of gaming developers, acknowledging that a strategy of buying gaming companies and forcing their developers to assimilate to EA’s culture wasn’t working. But despite pledges to change and a restructuring of the company aimed at fostering creativity, EA’s revenue stagnated while its stock price slumped.

But when EA was voted the Worst Company in America for an unprecedented second time, its executives were put on notice. Meanwhile, stagnant sales pushed EA’s stock down below $11 a share in 2012 – what was then its lowest point – and in the spring of 2013 the company made another round of layoffs amid more restructuring.

EA seemed to have focused so strongly on running its businesses smoothly that it lost sight of what its gaming customers wanted. Like Hollywood studios, gaming companies are only as good as their most recent hits, and for years EA navigated the industry’s inherent volatility with skill. But gaming enthusiasts are different from film buffs – they are often more passionate, more vocal, and much better at making their complaints heard online.

In September 2013, EA named Andrew Wilson CEO, and quickly made clear it wanted to reform its image with customers. In interviews, Wilson has talked of instilling a “player-first” culture at EA, willing to delay a blockbuster title, for example, if it needs more work. In July, EA said it would push back the release of Battlefield Hardline until next year to ensure a stable launch.

Despite Wilson’s intentions, EA continued to suffer snafus in the new CEO’s first year. In late 2013, the company was hit by a shareholder lawsuit over the release of Battlefield 4, which disappointed in sales after a bug-ridden release (the delay in Hardline’s launch, following focus tests with gamers, is intended to avoid a similar fate) and lingering gripes over its use of in-app purchases in mobile games.

In 2014, things have changed — at least within the ranks of some EA investors, encouraged by the company’s strong performance throughout the year. In the six months leading up to Sept. 30, the company’s revenue rose 34% to $2.2 billion, while net income swung to a profit of $1.05 a share from a loss of 17 cents a share in the year earlier period. Again, video game earnings are notoriously volatile, but the numbers show that Wilson’s efforts are paying off — especially a plan to focus more of EA’s development talent on fewer of its games.

EA expects to release 10 titles for consoles and PCs this fiscal year, a third of the number it pumped out four years ago. Despite having fewer titles, EA’s revenue from Xbox and other console games more than doubled last quarter to $631 million. Mobile revenue, meanwhile, grew 69% to $123 million, or 12% of GAAP revenue. Two years ago, when Zynga was a hot stock, incumbents like EA looked vulnerable as mobile games threatened to sideline consoles. This year, EA is managing to grow console revenue while gaining a foothold in mobile games.

EA’s rally this year has left the stock expensive: It’s trading at 23 times its estimated earnings this year, above the average for S&P 500 shares. And the fickle nature of gaming consumers, along with the possibility of more delays in EA’s reduced lineup, could bring uncertainty to its future.

But for now, Wilson has steered the company on a path of stable growth. Barclays recently initiated coverage of the stock with a price target of $48 a share, 10% above its current price. On Wednesday, Piper Jaffray followed with a $47 target, citing the promise of future growth. As for whether Wilson’s efforts have swayed disgruntled customers, the clearest proof may be how it fares in voting for worst companies next year. 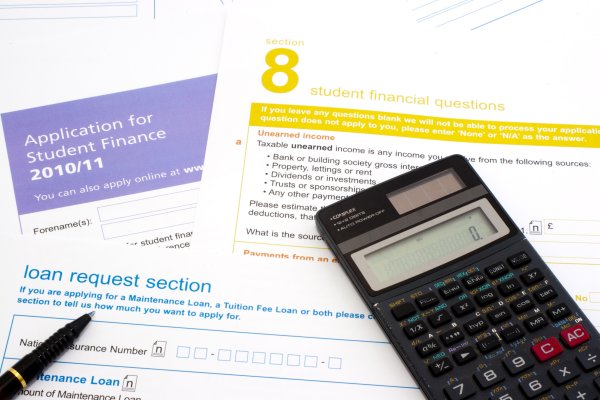 These College Majors Have the Hardest Time Paying Off Student Loans
Next Up: Editor's Pick