No Formal Police Investigation Yet in UVA Rape Case

A University of Virginia student looks over postings on the door of Peabody Hall related to the Phi Kappa Psi gang-rape allegations at the school in Charlottesville, Va., on Nov. 24, 2014
Steve Helber—AP
By Eliza Gray

While questions mount regarding the credibility of an account of an alleged gang rape at a University of Virginia (UVA) fraternity, police have yet to open a formal investigation.

University officials have said — as recently as Dec. 2 — that they have been instructed by police not to discuss the specific incident because it is the subject of a police inquiry. But TIME has learned that so far, that inquiry has not crossed the threshold for the Charlottesville Police Department to treat it as a criminal investigation. Because the alleged incident took place at a fraternity house off campus, it falls under the jurisdiction of municipal law enforcement rather than the university’s own campus police.

Police had previously confirmed that UVA president Teresa Sullivan had contacted the department to request a criminal investigation and said they were reviewing a published account of the alleged incident. But police have not yet accumulated enough information to take the matter beyond an inquiry and open a formal investigation.

Asked by TIME for a response, Charlottesville Police spokesman Captain Gary Pleasants said he could not confirm that a formal investigation was under way and reiterated a previous statement that the department was “evaluating the next steps.” He added, “In most cases, a formal investigation would be launched when a victim of a crime or witness to that crime makes a report to the police.”

The latest news about the status of the law-enforcement inquiry comes amid growing criticism of the article that placed UVA into the spotlight for an alleged brutal sexual assault and subsequently resulted in sanctions by the university against fraternities. That account, published by Rolling Stone on Nov. 19, described a gang rape at a fraternity involving seven men and was told through the first person account of a young woman. The story has come under scrutiny in recent days for relying solely on the alleged victim’s account and failing to make any attempts to contact the accused individuals, who were not identified. 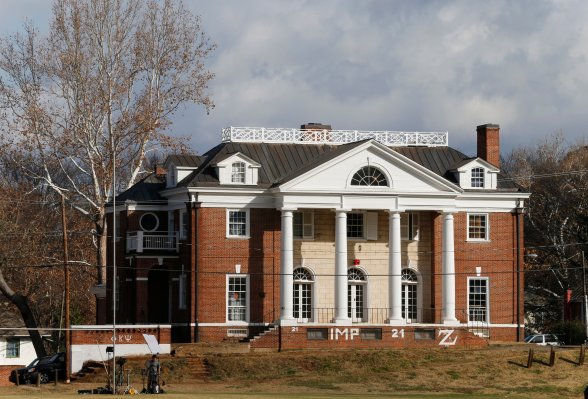 UVA President: Eliminate All Booze Except Beer
Next Up: Editor's Pick