Us the Duo, the Vine phenomenon that covers hit songs in social-media friendly six second loops known as #6SecondCovers, has expanded their time frame to cover all of the hits from 2014 in just two-and-a-half minutes.

In the video, the husband and wife team of Michael and Carissa Alvarado seamlessly blend parts of Taylor Swift’s “Shake it Off” with Coldplay’s “A Sky Full of Stars”, Sia’s “Chandelier”, Meghan Trainor’s “All About That Bass”, and more. Remember way back at the beginning of this year when Pharrell’s “Happy” was inescapable? It’s in the mix along with John Legend, Ariane Grande, Nico & Vinz, Magic!, Clean Bandit, and Maroon 5.

Us The Duo signed a deal with Republic Records in March, becoming the first Vine artists to get picked up by a major label. 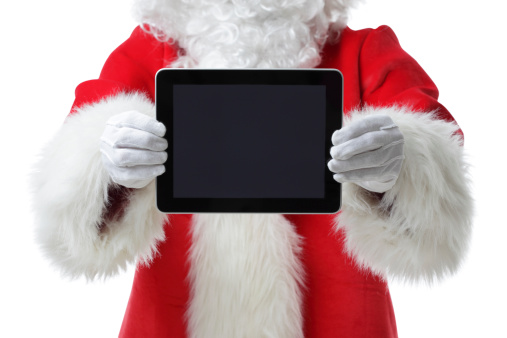 This App Can Tell If You've Been Naughty or Nice Based on Your Tweets
Next Up: Editor's Pick