What You Should Do About the Massive Airbag Recall

Honda Motor Co. vehicles are displayed for sale at the Paragon Honda dealership in the Queens borough of New York, U.S., on Monday, Sept. 1, 2014.
Bloomberg—Bloomberg via Getty Images
By Byron Bloch

Takata produces about 300,000 airbag replacement kits per month, possibly increasing to 450,000 or so. At that rate, it will take from 2 to 3 years to recall and replace the defective airbags in the 16-million to potentially 30-million affected vehicles in the U.S.

So what do concerned vehicle owners do in the meantime?

Takata is the only airbag manufacturer to use ammonium nitrate as a propellant for its inflators. Ammonium nitrate is affected by heat-and-cold cycling over time, plus humidity, that can cause it to become too forcefully explosive when ignited in a crash.

To fix this potentially lethal default the company says it has (1) changed the compression density force with new press machines; (2) rejected products that are not meeting quality standards; and (3) changed humidity control during production and assembly. Takata also says it also improved the hermetically-sealed package to minimize effects of moisture that would deteriorate the chemicals and make them less stable. Perhaps NHTSA should consider outlawing the use of ammonium nitrate in the first place, or at least use a safer chemical in the recall campaign.

But there are safer alternatives. It should be feasible to re-program the software in the vehicles’ airbag control modules (ACM). By changing the software, including the thresholds of activation and the control algorithms, the system could be made safer— as a temporary solution. The threshold to trigger the airbags could be raised so that it would take a crash at 30 mph, rather than 18 mph. In these low-speed collisions, the driver and passenger would still be protected by wearing their seat belts.

Since the driver and passenger airbags are dual-stage designs, they could be re-programmed to inflate only at the lower-pressure level to help ensure that the explosive force does not exceed levels that cause the metal canister to become lethal shrapnel. Because of the inherent instability of ammonium nitrate, such lower pressures in the canister cannot be absolutely guaranteed, but the risk would be reduced. (On the other hand, passenger risks would rise in a high-speed crash.)

To re-program your car’s Takata airbags, you’d drive over to your local dealership and download new software into your car’s ACM computer. It would likely take less than an hour, and then you’d drive away with a less-risky airbag system that could still offer protection in a crash. If the automakers and Takata cooperated, such software could be developed and tested and available probably within a month…. or maybe even a week.

I believe it should also be a requirement that each affected vehicle have a label attached permanently on the instrument panel, advising that the vehicle has been recalled and that a replacement airbag system has been installed. The date of such recall and replacement action should also be noted on the label.

Finally, I believe that all Takata airbag systems should have a “failsafe” pressure-relief mechanism to prevent any over-pressurization of the airbag. In the late-1970’s I became aware that too many pressurized beer kegs were exploding and propelling lethal shrapnel that injured or killed college students. I showed there was a solution, a simple device that would vent out any over-pressurization before it could cause the metal keg to explode. Lives have been saved by adopting such an inexpensive, simple device for beer kegs. Why not a use a similar device to prevent excessive forces from rupturing the metal canister that holds the airbag’s propellant? And yes, the canisters should be made stronger, too.

Byron Bloch has over 30 years of experience as an independent consultant and court-qualified expert in Auto Safety Design and Vehicle Crashworthiness. Over the years, he has inspected accident vehicles to evaluate how and why the occupants were severely injured, and exemplar vehicles to evaluate their structural details. He has qualified and testified as an expert in auto safety defect cases in Federal and State Courts coast-to-coast. He also lectures, writes, and appears on TV reports on auto safety design and vehicle crashworthiness. 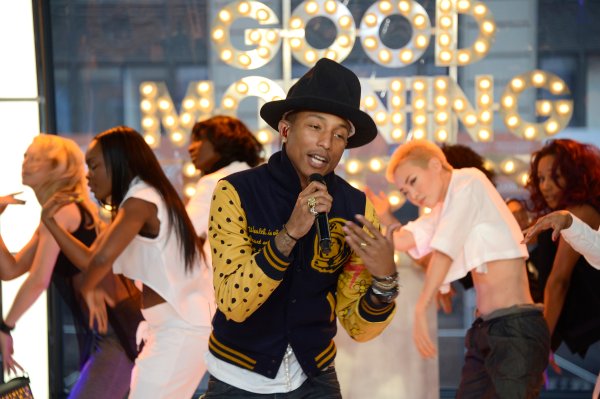 These Were Spotify's Most-Streamed Songs This Year
Next Up: Editor's Pick