4 Health Excuses To Stay Sober At Your Holiday Party

Staying sober at a holiday party—whether it’s out of commitment to the 12 steps, your health or your tastebuds—certainly has its merits. But it’s not always easy to explain why you’re turning down a hot toddy, finds a new study in the Journal of Applied Communication Research.

Consider that 65% of adults who work full-time say they regularly drink alcohol, and drinking after work is an ingrained part of many companies’ culture. That after-hours socializing may come with other benefits, too. One study found that among full-time employees, men who drink alcohol earn 19% more than those who don’t, and women who drink make 23% more. Another found that drinking after work with colleagues eased job dissatisfaction.

To find out how non-drinkers handle boozy events, researchers from North Carolina State University interviewed full-time workers who don’t drink alcohol. After analyzing their responses, the authors report that most non-drinkers feel like an outsider and felt like by not drinking, it was their job to put drinkers at ease. Some even said that felt they actually had to be better at their jobs in order to make up for the social points they lost for abstaining. Many said they accepted drinks they never touched, just to save face. “I’ve held a beer bottle for hours, to the point where it’s warm,” said one man who works in sales.

About 40% of nondrinkers abstained for reasons associated with health or not liking the taste, and 38% did so because they were recovering alcoholics. But almost all of them, when asked by coworkers why they weren’t drinking, tended to cite their own health.

No one should have to explain why they don’t drink, but until that day comes, here are five health-related excuses, all from the study participants, to forgo that next drink.

1. “Not drinking is my secret to weight loss.”

Ken, a 41-year-old man, has to woo big donors for his job at a university. “Sometimes they’re really fired up about getting drunk at a football game or something,” he said. In order to not alienate them, Ken told donors he sheds pounds by not drinking. “I don’t want the first thing that somebody thinks of about me to be that I don’t drink,” he said.

Most recovering alcoholics surveyed gave a health reason for abstaining—in order to skirt stigma. Marshall, a 41-year-old engineer, wanted a legitimate medical excuse that wouldn’t threaten his reputation, so he blamed his toe fungus medication, which is contraindicated with booze—even though the drug had expired and he’d stopped using it.

People respect long-term goals and physical challenges, so 43-year-old Donna, a professor, said she didn’t drink because it got in the way of her marathon training. “That goes over really easily,” she said.

Instead of revealing that she took anti-anxiety medication and didn’t want to drink alcohol, website designer Maddie, 31, said she took migraine medication. “I’ve spread that lie all over town,” she said. 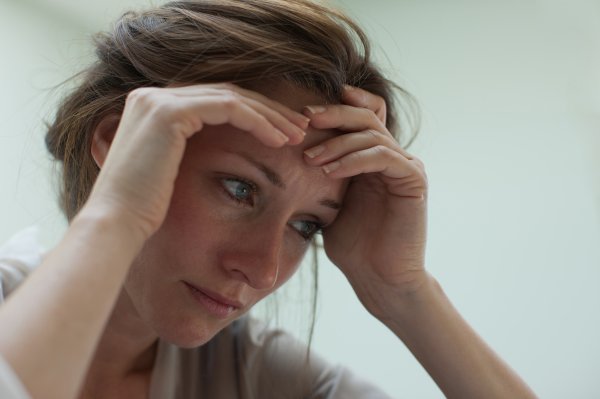 Most People With Depression Aren't Getting Treatment, Survey Finds
Next Up: Editor's Pick