Girl Gone Wild: The Rise of the Lone She-Wolf

The first few seconds of Wild sound like sex. You hear a woman panting and moaning as the camera pans across the forest, and it seems like the movie is starting off with an outdoor quickie. But it’s not the sound of two hikers hooking up: it’s the sound of Cheryl Strayed, played by Reese Witherspoon, climbing a mountain all by herself.

It lasts only a moment, but that first shot contains everything you need to know about why Wild is so important. It’s a story of a woman who hikes the Pacific Crest Trail for 94 days in the wake of her mother’s death, but more than that, it’s a story of a woman who is no longer anything to anybody. We’re so used to seeing women entangled with other people (with parents, with men, with children, in neurotic friendships with other women), that it’s surprising, almost shocking, to see a woman who is gloriously, intentionally, radically alone.

When it comes to women onscreen, the lone frontier is the last frontier. It’s no big deal to see women play presidents, villains, baseball players, psychopaths, superheroes, math geniuses, or emotionally stunted losers. We’ve even had a female Bob Dylan. But a woman, alone, in the wilderness, for an entire movie? Not until now.

Which is unfair, considering all the books and movies dedicated to the often-tedious excursions of solitary men, from Henry David Thoreau to Jack Kerouac to Christopher McCandless. Audiences have sat through hours of solo-dude time in critically acclaimed movies like Castaway, Into the Wild, Life of Pi, 127 Hours, and All is Lost. America loves a Lone Ranger so much, even Superman worked alone.

In fact, the only thing more central to the American canon than a solitary guy hanging out in the woods is a guy on a quest (think Huckleberry Finn or Moby Dick). The road narrative may be the most fundamental American legend, grown from our history of pilgrimage and Western expansion. But adventure stories are almost always no-girls-allowed, partly because the male adventurer is usually fleeing from a smothering domesticity represented by women. In our collective imaginations, women don’t set out on a journey unless they’re fleeing from something, usually violence. As Vanessa Veselka writes in her excellent essay on female road narratives in The American Reader: “A man on the road is caught in the act of a becoming. A woman on the road has something seriously wrong with her. She has not ‘struck out on her own.’ She has been shunned.”

The ‘loner in nature’ and the ‘man on the road’ are our American origin stories, our Genesis and Exodus. They’re fables of an American national character which, as A.O. Scott pointed out in his The New York Times essay on the death of adulthood in American culture, has always tended towards the boyish. Wild is the first big movie– or bestselling book, for that matter–to re-tell that central American story with a female protagonist.

But Wild is just the most visible example of what’s been a slow movement towards loner ladies onscreen. Sandra Bullock’s solo spin through space last year in Gravity was the first step (although her aloneness was accidental, and it was more a survival story than road narrative). Mia Wasikowska’s long walk across Australia in Tracks this year was another. But Wild, based on Strayed’s bestselling memoir and propelled by Witherspoon’s star power, is the movie that has the best shot at moving us past the now-tired “power woman” towards a new kind of feminist role model: the lone female.

Because for women, aloneness is the next frontier. Despite our chirpy boosting of “independent women” and “strong female leads,” it’s easy to forget that women can never be independent if we’re not allowed to be alone.

For men, solitude is noble: it implies moral toughness, intellectual rigor, a deep connection with the environment. For women, solitude is dangerous: a lone woman is considered vulnerable to attacks, pitiful for her lack of male companionship, or threatening to another woman’s relationship. We see women in all kinds of states of loneliness–single, socially isolated, abandoned–but almost never in a state of deliberate, total aloneness.

Not to mention the fact that women’s stories are almost always told in the context of their relationships with other people. Even if you set aside romance narratives, the “girl group” has become the mechanism for telling the stories of “independent” women– that is, women’s stories that don’t necessarily revolve around men. Think Sex & The City, Steel Magnolias, A League of Their Own, Sisterhood of the Traveling Pants, Girls: if a woman’s not half of a couple, she must be part of a gaggle.

When Cheryl Strayed describes her experience of “radical aloneness,” she’s talking about being completely cut off from human contact–no cell phone, no credit card, no GPS. But her aloneness is also radical in that it rejects the female identity that is always viewed through the lens of a relationship with someone else. To be alone, radically alone, is to root yourself in your own life, not the role you play in other people’s lives. Or, as Strayed’s mother Bobbi wistfully puts it, “I always did what someone else wanted me to do. I’ve always been someone’s daughter or mother or wife. I’ve never just been me.”

And that’s the difference between aloneness and independence. The “independent woman” is nothing new– if anything, it’s become a tired catchphrase of a certain kind of rah-rah feminism. “Independence” implies a relationship with another thing, a thing from which you’re severing your ties. It’s inherently conspicuous, even performative. Female independence has become such a trope that it’s become another role for women to play: independent career woman, independent post-breakup vixen, independent spitfire who doesn’t care what anyone thinks. And usually, that “independence” is just a temporary phase before she meets a guy at the end of the movie who conveniently “likes a woman who speaks her mind.”

Aloneness is more fundamental, and more difficult. It involves cultivating a sense of self that has little to do with the motherhood, daughterhood, wifehood or friendship that society calls “womanhood.” When interviewed by the Hobo Times about being a “female hobo,” Strayed says: “Women can’t walk out of their lives. They have families. They have kids to take care of.” Aloneness then, isn’t just a choice to focus on one’s self– it’s also a rejection of all the other social functions women are expected to perform.

In 1995, when Strayed hiked for 94 days, that would have been hard. In 2014, it’s even harder. Thanks to the internet, our world is more social now than ever before, and it’s even harder to escape other people. But aloneness is at the root of real independence, it’s where self-reliance begins and ends. So these days, if you want to be independent, maybe you can start by trying to be alone.

Read next: Reese Witherspoon Isn’t Nice or Wholesome in Wild, and That’s What Makes It Great 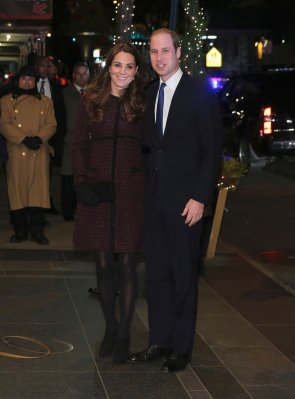 Prince William and Kate Arrive in New York City
Next Up: Editor's Pick