I Harassed My Colleague on Twitter and Here's What Happened

The Twitter logo is displayed on a mobile device.
Bethany Clarke—Getty Images
By Charlotte Alter

A few weeks ago, someone called Taylor Swift and me a “dumb b*tch” on Twitter.

On the one hand, I was flattered that he called us a single “dumb b*tch,” because it implies a unified b*tchhood between me and Taylor. On the other hand, nobody calls Taylor Swift a dumb b*tch and gets away with it. So I decided this gentleman’s missive was a good time to test Twitter’s new harassment reporting tool.

The new tool is designed to be much simpler to use than the old reporting method, and it is. The process is streamlined and quick, the menu options are clear, and Twitter responds efficiently to let you know they’ve received your report. What isn’t as clear, however, is what exactly happens to a user who is reported for harassment.

When I reported the Taylor-hater, I quickly got an email from Twitter saying: “This is a confirmation that we’ve received your request. Someone from our team will review it and reply to you shortly.” So far, so good! But what was happening to the honorable wordsmith himself?

Wracked with curiosity, I asked my noble colleague Olivia to help me out. I tweeted at her “U suck,” and asked her to report me for harassment. She did, and she got the same email I did. “They’re investigating it!,” she exclaimed.

Olivia soon received an email saying that my tweet was “currently not violating the Twitter Rules.” So tweeting “U suck” isn’t enough to get you in trouble on Twitter, even if someone reports it as harassment. That seemed like a fair safeguard against haphazard harassment reporting or hyper-sensitive whining.

But it also meant I had to up my game as a harasser.

First, with Olivia’s permission, I called her a “dumb b*tch,” using a decoy account I set up for the purpose. Then — and this I’m not proud of — I said “I’m going to kill you.” Olivia had to warn her mother this was happening so she wouldn’t be alarmed.

The “dumb b*tch” comment provoked no immediate response from Twitter. But the death threat was handled quickly; my (decoy) account was suspended within the day. In other words, Twitter thinks calling someone a “dumb b*tch” is the same as saying “u suck.”

I realized I needed a wider variety of harassment options to truly test the response, since there’s a whole lot of ugly in-between insults and death threats. But since my decoy account was already suspended for threatening Olivia’s life, I had to make a whole new account, which I promptly used to harass myself online in increasingly violent and disturbing ways. I can’t embed the tweets (because my account was suspended,) but they said:

“I hate all Jews including you”

“I hope you die in your sleep”

Charming, right? I reported each of these tweets and others like them to Twitter. That very night, my decoy account was suspended. I could not tweet, my tweets disappeared from my other (real) feed, and I couldn’t change any part of my profile. I couldn’t even embed the tweets (which is why they’re typed out above.)

So from this (very unscientific) experiment, it appears there are two things that will get you quickly suspended from Twitter: death threats and repeated harassment. Some kinds of hate speech against women (“dumb b*tch”) don’t appear to have any consequences. One self-harassment tweet in which I called myself a “C-word” was eventually flagged by Twitter, but by that point, the decoy account had already been suspended.

It seems, then, that Twitter’s new streamlined harassment policy is pretty sane, considering the enormity of the problem its trying to solve — thousands of nasty missives get tweeted every day. It makes sense that Twitter doesn’t suspend people for tweeting things like “u suck,” while it immediately responds to allegations of violence or to repeated harassment. But Twitter hasn’t figured out where to draw the line on non-violent harassment, especially against women, and multiple requests to Twitter Communications to get some explanation were not returned.

A few days after running this experiment, I got an email from Twitter Support about my report on the Taylor Swift tweet. Apparently, calling someone a “dumb b*tch” is “currently not violating the Twitter Rules” — even if that person is Taylor Swift herself. 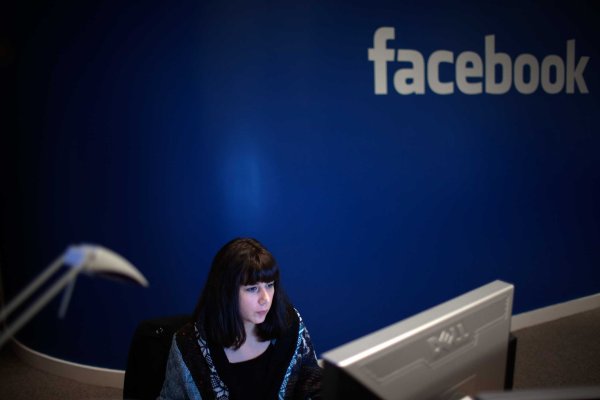