Charles Barkley isn’t retreating from recent comments in which he called people rioting in Ferguson, Mo., “scumbags,” defending the police in a new interview and dismissing as “ridiculous” the notion that they’re “just killing black people.”

“The cops are awesome,” Barkley told CNN on Tuesday. “They’re the only thing in the ghetto between this place being the wild wild West.

“We’ve always had a racial issue in this country, and the biggest problem with it is we never discuss race until something bad happens,” Barkley added. “We never have meaningful dialogue over a cold beer when things are going good.”

Barkley recently called people who torched buildings in Ferguson “scumbags,” after a grand jury’s decision not to indict a white police officer in the shooting death of an unarmed black teenager sparked renewed unrest in the St. Louis suburb.

“There are some black people out there who are crooks, and when the police come to your neighborhood, it’s a tense situation,” Barkley told CNN. “There’s a reason they racially profile us at times. Sometimes it’s wrong, sometimes it’s right. To act like we have no responsibility for some of this stuff is disingenuous.” 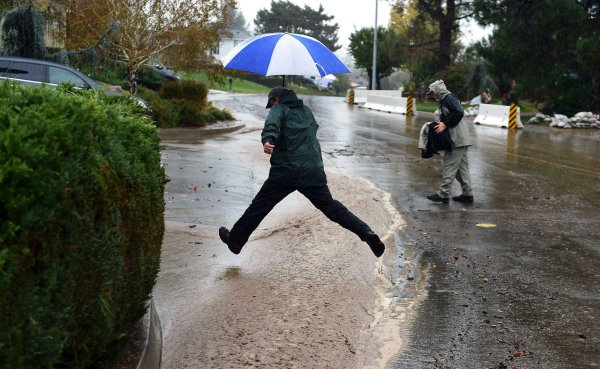 California Braces for Heavy Rain, Flooding
Next Up: Editor's Pick