Prince William and Kate Will Cross the Atlantic but They Can't Bridge the U.S.-U.K. Divide

Catherine, Duchess of Cambridge and Prince William, Duke of Cambridge leave the The Royal Variety Performance at London Palladium on Nov.13, 2014 in London.
Danny Martindale—WireImage/Getty Images
By Catherine Mayer

To-mah-to, to-may-to, Princess Diana, Lady Di: Britain and the U.S. have long been nations divided by a common language and no more so than in America’s joyous mangling of royal names and titles. “Kate Middleton” ceased to exist on April 29, 2011, yet still she bestrides the U.S. press when not erroneously promoted to Princess.

These divisions are set to be highlighted in the coming days as “Princess Kate” a.k.a. the Duchess of Cambridge and her husband, the Duke (also correctly known as Prince William), arrive Stateside on Dec. 7 for a three-day trip to New York City. William will nip to Washington, D.C., too, to attend an anticorruption conference at the World Bank, as part of his campaign to protect endangered species. This will be the couple’s first U.S. trip since they dazzled California as newlyweds in 2011 and for both offers a first-ever taste of New York City.

Media nostrils both sides of the Atlantic are already quivering. It’s not just that the visit offers a potential break from a bleak news cycle, though it will certainly do that. In a world of declining circulations, Kate has the power to sell print. She can break the Internet fully clothed and even — perhaps especially — while pregnant. Her second child — the soon-to-be fourth in line to the throne — is due in April, apparently sharpening public interest rather than diminishing it. Her neat silhouette routinely makes headlines. Kate is frequently said to be “flaunting” or “showcasing” her “bump”, as if she has the power to detach it when she leaves home.

In their fascination with Kate and the odd institution she represents, the U.K. and U.S. media are closely aligned. Nevertheless coverage of the trip will differ markedly either side of the pond because the nature of the relationship with royalty differs markedly in each country, as does media culture. The two nations are divided not only by a common language, but by their shared history.

In Britain, William and Kate, together with Harry, are the most popular royals after the Queen; support for the monarchy has risen while trust in most public institutions has fallen. Still you’d be hard-pressed in London and other sophisticated cities such as Manchester and Glasgow to find many people who openly enthuse about royalty the way some Americans and other foreigners do. Overseas journalists who flocked to London in the summer of 2013 to cover the birth of baby George came with instructions from their editors to cover the spontaneous celebrations they imagined would break out across the capital to welcome the Windsor offspring. Some canny publicans did spot a marketing opportunity to sell cut-price beer, but most Londoners went about their business as usual.

The British media reflects and reinforces this duality, covering most everything the royals do but often with an edge — of humor, skepticism, sometimes anger. That’s partly because U.K. mainstream media outlets, for all they are ringed by more legal restrictions than their U.S. equivalents, are notably less inclined to reverence. That, in turn, is not unrelated to the strange reality of British life that still sees “subjects,” not citizens, bending the knee to a monarch. Britain and the U.S. have in common the lowest social mobility in the Western world, but the American Dream, though mostly exactly that, a dream, has created a nation of optimists.

By contrast, the notion that some people are born superior to others is hardwired into the British system, sparking the resentment that often animates the British media and the wider population. British people are uncomfortable at being seen to celebrate the royal family, the premier symbols of inequality, despite the polls that show a majority of Britons harbor a soft spot for them. Add to that another facet of Britishness that the Windsors perfectly embody — an impulse to reticence that stands in sharp contrast to the American facility for delighted gush — and you begin to understand the scale of the chasm that separates the two cultures.

A pivotal moment of divergence took place in New York in 1783. The Cambridges are set to arrive in the city 231 years after British troops finally abandoned their foothold there. It had taken a long and bloody war before the Westminster Parliament — and Britain’s then monarch, “mad” King George III — acknowledged the loss of their former colony. The intervening centuries of American independence from the Crown have redrawn American attitudes to many things, including to the Crown itself.

In an age of rapid-cycling, disposable celebrity, royals — and especially glamorous royals like Kate and, before her, Diana — slot neatly into the dwindling ranks of true A-listers, the globally and enduringly famous. The Cambridges’ planned Dec. 8 excursion to take in a basketball match between the Brooklyn Nets and the Cleveland Cavaliers is expected to place the couple in ringside seats alongside showbiz royalty including Beyoncé and Jay-Z. To U.S. observers, such a juxtaposition is pure entertainment. To Britons, it represents a more complex brew.

William and Kate will be acting as standard-bearers for the U.K., emissaries for the government’s “Britain is GREAT” campaign, helping to promote tourism, British goods and services and inward investment. There’s little about the shiny young couple with one small child and another on the way to dislike. As the Cambridges bask in unfettered American admiration, their compatriots back home will feel a corresponding warmth. For some this will be pride, for others something closer to a blush. 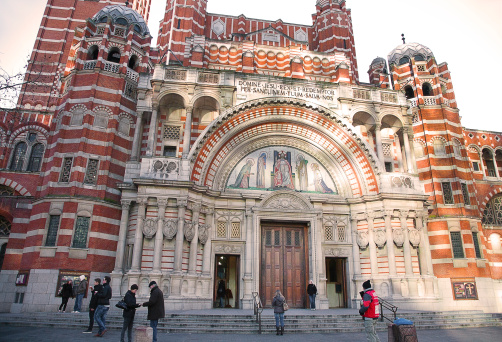