U.S. President Barack Obama talks about Ebola during his visit to the National Institutes of Health in Bethesda, Maryland on December 2, 2014.
Larry Downing — Reuters
By David Stout

The President issued the fresh plea during a visit to the U.S. National Institutes of Health in Maryland, where he praised researchers and scientists working on an experimental Ebola vaccine that has shown promising results during initial rounds of testing.

“If we want other countries to keep stepping up, we will have to continue to lead the way,” said Obama. “And that’s why I’m calling on Congress to approve our emergency funding request to fight this disease before they leave for the holidays.”

The President’s appeal comes as Doctors Without Borders sharply criticized the international community’s slow, uneven response to the Ebola outbreak.

Globally over 17,000 people have contracted the highly contagious virus, which has resulted in the deaths of more than 6,000. 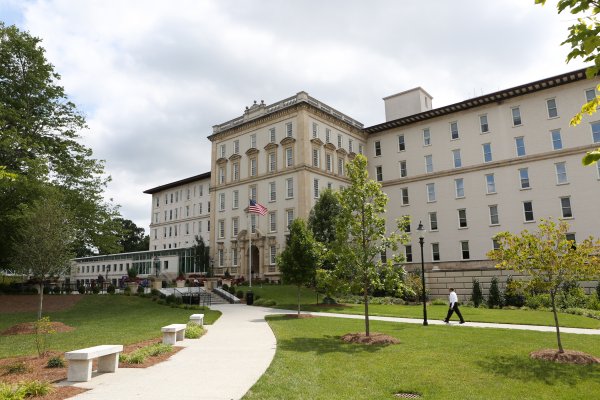 Here Are The 35 U.S. Hospitals Approved To Treat Ebola
Next Up: Editor's Pick