Power Has Been Restored In Detroit Following a 7-Hour Outage

Detroit fire fighters and EMS responded to the Coleman A. Young Municipal Center to rescue people from elevators and assist others down the stairs after a massive power outage hit downtown Detroit, Tuesday, Dec. 2, 2014.
Diane Weiss—AP
By Rishi Iyengar

Detroit’s electricity grid was restored Tuesday night, after an outage that saw large parts of the city — including schools and hospitals — lose power for about 7 hours.

Among the major institutions affected were Detroit Receiving Hospital, which had to rely on backup power, and Wayne State University, which cancelled all classes for the second half of the day.

The university, and several public schools that were forced to declare a half-day, will reopen Wednesday, according to the Detroit Free Press.

A statement from city authorities said the outage also affected 740 traffic signals and 36 fire stations. It said that the DTE Energy Company has taken over the power grid’s operation and is in the process of an 18-month inspection of the system.

“This is a case where a part of the old system that hadn’t failed before failed,” said city mayor Mike Duggan, “Every month that goes by, we’ll be more and more on a more modern system and the likelihood of this happening will go down. But it’s part of rebuilding the city.” 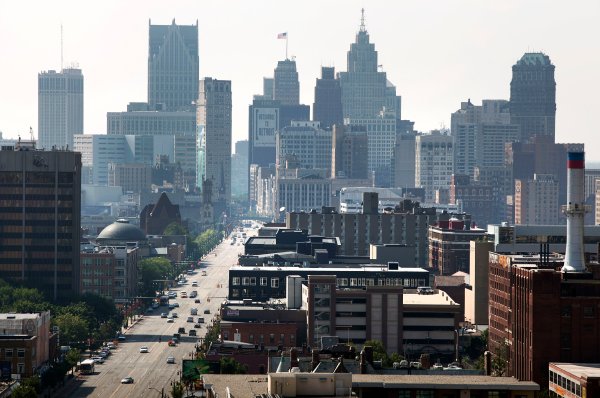 Detroit Hit by Massive Power Outage
Next Up: Editor's Pick