Bipartisan Push for Military to Improve Handling of Sex-Assault Cases

The former chief prosecutor of the Air Force has thrown his weight behind Democratic Sen. Kirsten Gillibrand’s second push to change how the military handles sexual assault allegations.

“The reality is, the commanders cannot solve this problem because too often they are the enablers,” said Christensen, who quit the Air Force in September after concluding that it was impossible to change the service from within.

The bill would prevent commanders from playing a part in choosing which sexual assault cases will lead to prosecution. Introduced in the Senate earlier this year, the bill was five votes short of getting passed.

Gillibrand says she hopes Christensen’s advocacy and the lack of significant improvements by the military over recent months will persuade senators to switch position.

A new version of the bill could arrive at House and Senate floors this week. 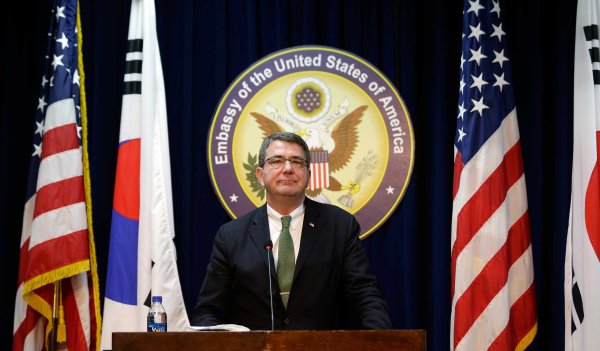 Meet the Next Pentagon Chief
Next Up: Editor's Pick