No, Facebook Is Not Planning to Sell Your Images

In this Wednesday, June 11, 2014 photo, a man walks past a sign in an office on the Facebook campus in Menlo Park, Calif.
Jeff Chiu—AP
By Olivier Laurent

After Facebook publicized its intentions to simplify its privacy policy starting in January, a growing number of users have opposed the changes by sharing a private note on their accounts that purports to protect their ownership of their information and photographs.

The notice, which has been circulating for more than two years, typically reads: “On this date, in response to new guidelines on Facebook, pursuant to articles l. 111, 112 and 113 of the code of intellectual property, I declare that my rights are connected to all of my personal data drawings, paintings, pictures, texts, music, etc… Posted on my profile, before this date, now and forever. My consent is necessary for commercial use of what is stated previously is required at all times.”

That message, however, is useless, argues Mickey Osterreicher, General Counsel for the National Press Photographers Association (NPPA). “That message pops up from time to time, and we try to tell people that posting it doesn’t do anything,” he says. “People really don’t understand copyright, and that’s a problem.”

The latest wave of posts came within hours of Facebook emailing its users its privacy changes, with many photographers — amateurs and professionals alike — arguing that the social network could start commercializing their images.

They are wrong, says Matt Steinfeld, Facebook’s Privacy Communications Manager. “The passage in our terms of service that covers your information and your content has not changed,” he tells TIME. “We can’t sell property that we don’t have. You own the things you share on Facebook.”

By signing up to the social media site, users agree to grant Facebook “a non-exclusive, transferable, sub-licensable, royalty-free, worldwide license to use any IP content that you post on or in connection with Facebook.” This license, however, ends “when you delete your [Intellectual Property] content or your account unless your content has been shared with others, and they have not deleted it.”

Steinfeld argues that this license is required to allow Facebook to show that particular content on its platform. “But we can’t turn around and sell [it] without your knowledge or permission,” he adds.

“The issue is that the word ‘use’ is a vague and broad term. It could mean just about anything,” says Osterreicher. “In this case, [this license] only grants Facebook the right to use your content, so it might be hard for a third party to use your images. But it still opens the question of what Facebook plans to use that intellectual property for.”

Facebook, however, has gotten used to this perceived uncertainty, which regularly drives users to debate the social site’s commercial intentions.

“I think people are rightly interested in making sure that they have ownership and control over the things they are sharing,” Steinfeld adds. “When people see things [that allude to the fact] that it might not be the case, they are understandably worried. But, the fact of the matter is that it’s pretty clear-cut. There’s no question that people own the things they share on Facebook.” 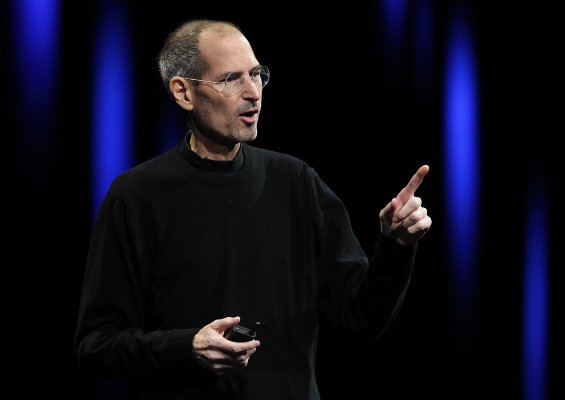 Watch the Last Video of Steve Jobs Before He Died
Next Up: Editor's Pick