In one short paragraph of a 34-page memo released on Dec. 1, the Department of Education articulated a clear stance on gender identity, saying transgender students in public schools should be enrolled in single-sex classes that align with how they live their lives day-to-day.

“We’re thrilled,” says Shannon Minter, the legal director for the National Center for Lesbian Rights. “It’s so critical to the health and well-being of those students, and it’s going to be so helpful to have that guidance in writing so that schools understand what their obligations are.”

While previous resolution agreements between school districts and the education department have articulated a similar stance, advocates hope the new guidance will clarify the rights of transgender students across the U.S.

“Up to this point, we have known that this is their view of the law,” Ilona Turner, legal director at the Transgender Law Center, says of the language in the memo. “But the problem has been that their interpretation has not gotten out more broadly to school districts across the country that are still grappling with how to treat transgender students fairly and make sure that they’re included.”

Investigations into school districts’ treatment of transgender students have already set a precedent that they are protected under Title IX, which prohibits gender-based discrimination.

In 2011, the Departments of Education and Justice responded to a complaint against the Arcadia Unified School District in California. It stated that a transgender boy began attending an Arcadia middle school after starting his transition, appearing as a male with a court-ordered name-change. Administrators said he could not use the boys’ restroom but needed to visit a nurse’s office to use the bathroom or change for gym class. He was similarly isolated on an overnight school field trip in seventh grade; rather than staying with peers like other students, he was kept in a separate room with a parent.

In 2013, the investigation concluded that such treatment amounted to sex discrimination. The school district agreed to a resolution that required them to treat the student as male for all purposes and revise its policies for the treatment of transgender students in the future.

In October, the education department reached a similar agreement with another California school district. A transgender girl had reported that school officials failed to respond to other students verbally harassing her, and that teachers disciplined her for wearing makeup and suggested she transfer to another school. Federal civil rights laws should ensure that “transgender students and students who do not conform to stereotyped notions of masculinity or femininity can learn in a safe, educational environment,” said assistant secretary Catherine E. Lhamon in a statement about the decision.

In both cases, the school districts entered into voluntary agreements. Had they not, Turner says, they might have faced a bigger penalty that would also loom over any schools that defied the new guidance: the loss of federal funding.

The new memo comes at a time when many questions regarding transgender students are still being answered — like how admissions offices at women’s colleges should treat transgender applicants. Though state legislatures and athletic associations have tackled the issue, the memo does not address athletics, which are covered under a different portion of Title IX than single-sex schooling.

But Turner says the new language clarifies the department’s basic sentiment about issues affecting transgender students in public schools. “The overall principle says that schools cannot discriminate based on sex,” she adds. “And it’s clear … that sex discrimination includes discrimination based on transgender status.” 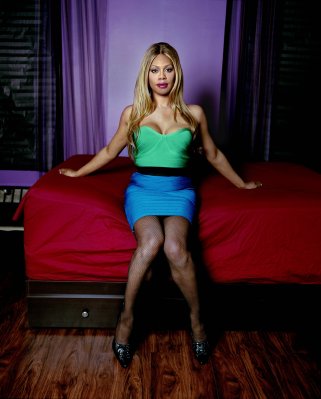 The Transgender Tipping Point
Next Up: Editor's Pick