NFL Executive Breaks Down While Talking to Congress About Domestic Violence

A top NFL executive broke down in a congressional hearing on domestic violence as he recounted as a child “watching helplessly” while his mother was beaten.

“Domestic violence was a way of life in my home growing up,” said Troy Vincent, the executive vice president of football operations for the NFL. “My brother and I watched helplessly numerous times as my mother was beaten and knocked unconscious while we dialed 911. We saw how she struggled to seek help and find the courage to say no more.”

The hearing, comes days after a court reinstated former Ravens running back Ray Rice, who in February dragged his fiancee, now wife, out of an Atlantic City casino elevator. Rice was initially suspended for only two games before a public outcry led NFL Commissioner Roger Goodell to indefinitely suspend him. Vincent outlined several steps the NFL would undertake, including a “thorough review” of its personnel conduct policy with the goal of setting “clear rules” of misconduct for its players. Vincent added that the NFL would oversee a mandatory education program, training “critical response teams” to help prevent sexual and domestic violence, as well as raise awareness through collaborations with groups like No More.

“Recent events have made clear that we have not kept our standards current with our own values,” said Vincent, who added that “we failed” and “the commissioner failed” in his initial punishment of Rice.”We know now that the right people weren’t at the table…we’ve learned from those mistakes.”

Vincent said he expects that ex-FBI director Robert Mueller will come to the conclusion of his independent investigation “shortly” and that he believes the results would be made public.

“We’ve been humbled,” he said at the beginning of his remarks. “We’ve accepted the criticism we’ve received. And we’re committed to being a part of the solution. We will get this right.”

West Virginia Sen. Jay Rockefeller, who chaired the hearing, called for the four major professional sports leagues to develop uniform policies to “effectively and appropriately” punish players who commit criminal acts against women and children. Many of the senators noted the outsize influence athletes have on America’s youth and lambasted the leagues for its current efforts in responding to domestic violence.

“There is a long list of players in the NFL, NBA, NHL, and Major League Baseball who have been charged with, and in some cases convicted of, domestic violence, and the leagues have done little to nothing in response,” said Rockefeller in his opening remarks. “In fact, the press has reported that a culture of silence within the leagues often prevents victims from reporting their abuse to law enforcement. This has to change.” 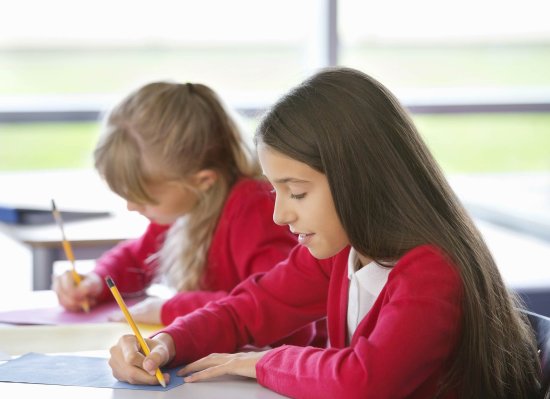 Department of Education Walks Delicate Line on Single-Sex Classrooms
Next Up: Editor's Pick