Pump jacks and wells are seen in an oil field that uses fracking on the Monterey Shale formation near McKittrick, Ca. on March 23, 2014.
David McNew—Getty Images
By Fortune / Brian Dumaine

For U.S. consumers, there’s plenty to like about plummeting oil prices. After all, the cost of gasoline and home heating oil is falling dramatically as well. Since June, the price of WTI crude has dropped from about $101 a barrel to a recent price of $65, or roughly a 35% decline. And the average price of a gallon of unleaded gasoline in the U.S. has plunged to $2.76 from $3.27 a year ago, according to AAA.

But don’t falling prices threaten America’s fracking revolution? A lot is at stake. Since 2008, U.S oil production has risen from about 5 million barrels a day to more than 9 million—an 80% increase. As fracking boomed, the U.S. oil industry has helped the country become more energy independent and has created slews of high-paying jobs—President Obama, in fact, once said fracking has the potential to create as many as 600,000 jobs.

Conventional wisdom says the threat to fracking is real. “Tight” oil is the term the industry uses for petroleum produced through fracking because it comes from geological formations of low permeability, such as tight sandstone or shale. Tight oil has produced most of the growth in the global supply in recent years, and helped lead to the current glut. Experts have said that U.S. tight oil needs to sell at $85 or $90 a barrel to be profitable. With oil recently trading at $65, it looks like the industry is in peril.

The experts are right—up to a point. That $90 figure applies only to less than 20% of all “tight” oil fields. Says Jim Burkhard, the head of oil market research at IHS, a highly-respected industry research firm: “There’s a spectrum of break-even costs. Wells can perform differently in the same field.” A new study by IHS concludes that about 80% of the tight oil estimated to be pumped next year will still be profitable at between $50 and $69 a barrel.

Producers, it turns out, have gotten more efficient in designing and operating their fracking wells. Burkhard points to two factors at play. One is an increase in productivity due to a new technology called “super fracking,” where drillers pump a lot more sand into their wells when they fracture the oil shale. Productivity at some super-fracking wells has risen from 400 barrels a day to 600, lowering the break-even cost. The other factor is the oil service industries. Says Burkhard: “They’ve built up capacity over the past years. If there’s a decline in drilling due to low oil prices, we’ll see excess oil-drilling capacity and that puts downward pressure on the cost of producing tight oil.”

Lower oil prices, however, will slow the rate of growth of tight oil as energy companies grapple with market uncertainty and volatility. While today’s $65 a barrel might seem low, remember that in early 1980s, new production from the North Sea, Alaska’s North Slope, and Mexico drove prices down to $10 a barrel. And from the mid-1980s to September 2003, the inflation-adjusted price of a barrel of crude was less than $25.

With oil prices dropping, IHS estimates the growth in U.S. tight oil production will slow next year to 700,000 barrels a day, down from million a day in 2014. (That estimate is based on a $77 a barrel. If oil goes to $60 next year that 700,000 projection will be cut in half to 350,000.) Even so, the U.S. will still be adding a significant amount of new oil to a global market where demand is weakening. That makes any price spike— short of a blow-up in the Middle East or OPEC suddenly getting its act together—unlikely.

The fracking boom is maturing, but it’s not likely to go away any time soon. 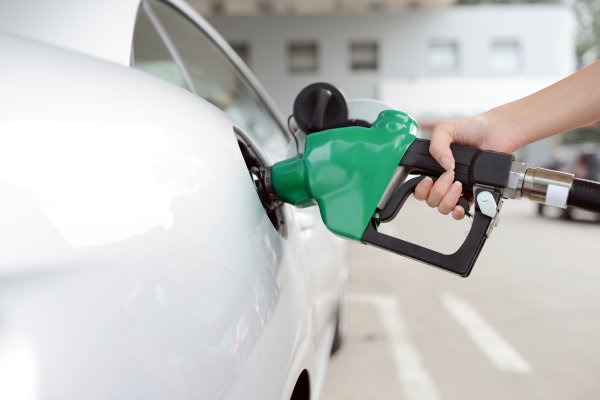 ...But Gas Prices Plummet
Next Up: Editor's Pick