Doctors Without Borders: Ebola Response Still Too 'Slow and Uneven'

Doctors Without Borders/Médecins Sans Frontières (MSF), the medical aid organization that originally rang the international alarm about Ebola in West Africa, says once again the response to the outbreak is too slow.

“The international response to the Ebola crisis in West Africa has been slow and uneven leaving local people, national governments and non-governmental organizations (NGOs) to do most of the practical, hands-on work,” the organization says in a statement.

Three months ago, MSF called for states with biological disaster response capacities to dispatch resources, including people and equipment, to the region. But MSF says that while the financing of facilities by outside countries is appreciated, it still leaves the bulk of the work to individuals that largely lack what they call “required expertise.”

MSF has been training other NGO and local health workers, a task that hasn’t been their responsibility in the past. MSF says the process takes weeks, and it’s creating a bottleneck that’s causing delays in care.

The international response has been the target of prior criticisms, which say it hasn’t been nimble enough to handle the evolution of the virus. In Monrovia, the capital of Liberia, cases are slowing, and now treatment facilities are needed in more rural areas, but construction is still focusing on the capital. “Across the region, there remains a lack of adequate facilities for isolating and diagnosing patients where they are needed most. In rural areas of Liberia with active chains of transmission, there are no transport facilities for laboratory samples,” reads the MSF statement. “In Sierra Leone, scores of callers reporting suspected cases to the national Ebola hotline are told to isolate people at home.”

MSF says education and awareness campaigns are also dropping off, especially in places like Guinea. “We can’t let our guard down and allow this to become double failure, a response that was slow to begin with and is ill-adapted in the end,” says MSF’s international president Dr. Joanne Liu.

The organization, which was largely ignored in March when they warned the outbreak would become out of control, is still operating in Guinea, Liberia, Sierra Leone, and Mali. 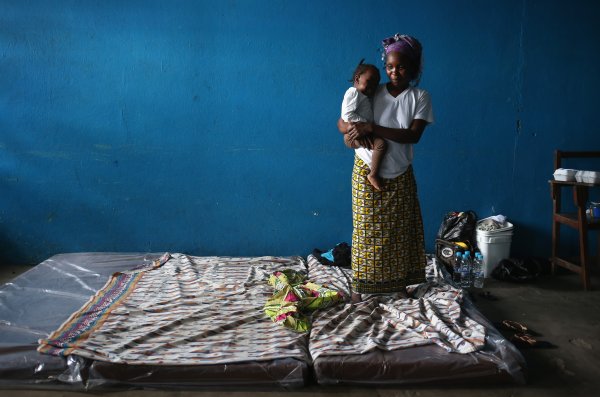