The First Sony PlayStation Changed Everything About Gaming

My first experience with Sony’s original PlayStation occurred almost a year before yours: in the display window of a Babbages in an out-of-the-way shopping mall in western Iowa.

Babbages, many have probably forgotten, was a franchise named after Charles Babbage, the guy credited with inventing the mechanical computer, that sold computer software and console games back when you could still buy stuff like Peachtree Accounting in biblical boxes from brick-and-mortar outfits. I worked there during my last year of undergrad part-time, less for the money than to be closer to my hobby.

My store manager was a connoisseur of the improbable, popping up with this or that strange gizmo months before it registered on the public radar. (this was the early 1990s, the Internet embryonic and everyone still looked to magazines for breaking info.) And so when Sony released the PlayStation in Japan on December 3, 1994, he imported one, told none of us, and dropped it in one of the store windows for fun.

I remember reporting for duty and noticing a racing game running demo laps in that window (I had no idea what Ridge Racer was at that point) and doing the equivalent of one of those cartoon double-takes. It’s doesn’t look like much now–you can see what I saw in the video below, complete with the world’s first Redbook Audio-caliber soundtrack–but pretend it’s still 1994, Babylon 5‘s just getting started, the original Jurassic Park only hit theaters last year, and the best-looking game you can play at home is Doom–a first-person shooter that’s technically only 2D with a bit of clever height fakery.

By 1994, I thought console gaming was in my rearview mirror. I’d graduated from a Super Nintendo to a Pentium computer a few months earlier, and so 1994 for me was System Shock and Tie Fighter, X-COM: UFO Defense and Master of Orion, Master of Magic and Warcraft and Wing Commander III. Many would argue gaming still hasn’t surpassed some of those titles.

But none of that stuff (including 1993’s Doom) looked half as sharp and smooth and visually grounded as Ridge Racer on that crazy little from-the-future import PlayStation. 3dfx’s Voodoo Graphics passthrough card for computers was still years away, and seeing smooth, lifelike full 3D actually working in a game felt like watching a moon landing. I’d played Sega’s Daytona USA at arcades and recognized the processing chasm that still existed between high-end arcade experiences and home computing ones: with Ridge Racer, the PlayStation all but eliminated that gulf, and it was torture waiting those subsequent nine months to lay hands on a U.S. system. (The PlayStation didn’t debut in the U.S. until September 9, 1995.)

Nowadays I take 3D in games for granted. Figuring out how to represent plausible reality spaces (or various forms of unreality spaces that take their cues from three-dimensional ones) has always been a stopgap process, a technology-facilitated march toward a kind of retinal verisimilitude that’s still underway. The medium’s only part of the message, and my interests shifted long ago from workaday graphic whiz-bangery to design facets like simulated intelligence and interactive rhetoric and the sort of compositional visual artistry so wonderfully expressed in games like Inkle Studios’ 80 Days or Ustwo’s Monument Valley.

But in 1994, we were still dreaming of the world to come, one flush with sleek roadsters and smooth-framed race tracks and arcade ports that didn’t feel like downgrades from their souped-up, quarter-chewing equivalents. In late 1994, home computers were still ridiculously expensive, Nintendo’s Project Reality was just a rumor and Sega’s Saturn was a hypothetical that had pundits twisting over its advanced but at that point developmentally esoteric architecture.

Into that space Sony poured the PlayStation, a system born of a failed add-on deal with Nintendo (the original “PlayStation” concept was to be a Sony-developed optical drive for the SNES), and the first game console to eventually sell over 100 million units worldwide–surpassed only by the PlayStation 2. Companies like Atari and Nintendo and Sega played crucial roles in gaming’s formative decades, but when it came to capturing the public’s hearts and wallets, the original PlayStation completely recalibrated our expectations. 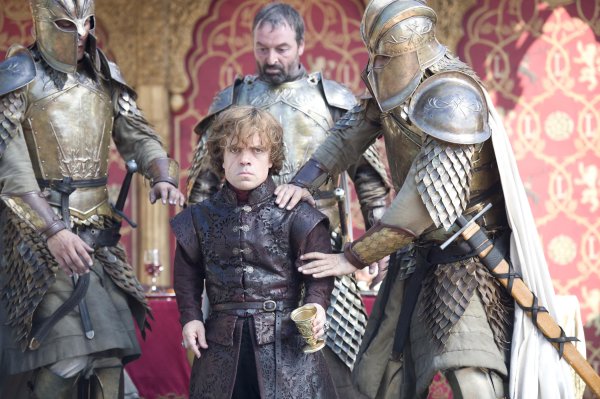 There's an Amazing New Way to Enjoy Game of Thrones
Next Up: Editor's Pick