This Is the Most Popular Christmas Song Ever

The names Joseph Mohr and Franz Xaver Gruber have largely vanished into the annals of Christmas tormentors, but their greatest triumph lives on. “Silent Night,” which Mohr wrote the lyrics for (in German) in 1816 and Gruber put to music two years later, is the most recorded Christmas song in the modern era of the holiday’s substantial oeuvre.

To determine this fact, TIME crawled the records at the U.S. Copyright Office, which offers digitized registrations going back to 1978, and collected data on every Christmas album recorded since that time. “Silent Night,” it turns out, is not merely the most popular carol; with 733 copyrighted recordings since 1978, it is nearly twice as dominant as “Joy to the World,” a distant second with 391 records to its name.

As one might surmise, songs that are no longer under their original copyright are considerably more prominent on modern Christmas albums, given that one needn’t share the holiday windfall. This lends an obvious advantage to the ecclesiastical hymns and tunes, like “O Holy Night” and “God Rest Ye Merry, Gentlemen.” As intellectual property lawyer Paul C. Jorgensen explains, this does nothing to prevent artists from copyrighting their own recording of a song and collecting royalties whenever a radio station wants to play it–assuming the other 732 renditions weren’t to taste.

Nor is it strictly limited to American recording artists. “A lot of international artists will go ahead and register things in the United States,” Jorgensen said.

To determine secularity, TIME measured the likelihood that a song appears on the same album with either “What Child Is This?”, a decidedly devout 1865 tune, or “Jingle Bell Rock,” roughly it’s polar opposite. (The choice of those two songs is rather arbitrary, but proved in trial and error to offer the clearest dichotomy.) In true Christmas spirit, “Silent Night” aptly bridges that great divide: It co-headlines with just about anyone.

This project began by downloading every copyrighted recording of “Jingle Bells,” then expanding to every song on the same album as “Jingle Bells,” and so forth until the universe of Christmas music was exhausted. The data only includes “sound recording” records from the Copyright Office, as opposed to sheet music arrangements, videos, and other formats in which one might copyright a song. Variations on the same material, such as “O Christmas Tree” and “O Tannenbaum,” where grouped as one song. 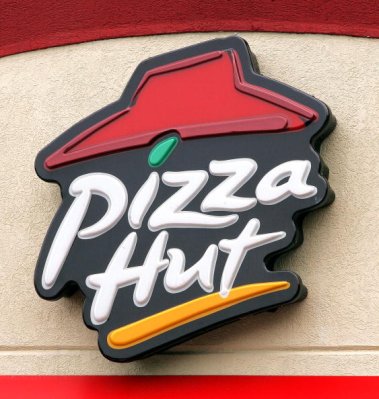 Pizza Hut’s Subconscious Menu Aims to Guess What You Want Before You Know You Want It
Next Up: Editor's Pick