Many people think Lana Del Rey was robbed when the Oscars failed to recognize — or even nominate — her contribution to The Great Gatsby soundtrack “Young and Beautiful.” Now she’s giving the Oscars another chance to recognize her morose genius with the title track for Tim Burton’s forthcoming film, Big Eyes.

Based on the minute-long preview that has been released, Del Rey’s song is inspired by the sounds of the ’50s and ’60s era captured in Burton’s biopic of American artist Margaret Keane, whose iconic paintings of big-eyed children were falsely attributed to her husband, Walter.

Del Rey’s “Big Eyes” will appear halfway through the movie, according to THR, with her second contribution, “I Can Fly”, rolling during the credits. With two songs in the running, start marking your Oscar ballots now — Del Rey is aiming for the win.

(both via Direct Lyrics) 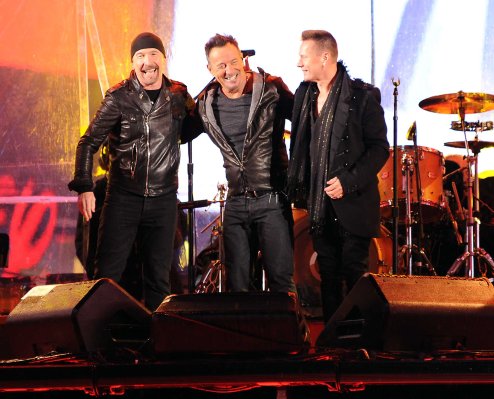 Watch Bruce Springsteen Rock Out With U2 for World AIDS Day
Next Up: Editor's Pick