These Mammals Are Hit Hard By Climate Change

December’s here and snowshoe hares are putting on their white winter coats as they’ve done for countless generations. But because climate change is transforming their environment much faster than evolution can react to it, the species is increasingly out-of-sync with its landscape: As snows arrive later and melt earlier, the hares, whose coloration change is thought to be triggered by the changing length of days, not the actual temperature and precipitation around them, are turning white when their surroundings are still brown, and stand out like beacons for predators. By 2100, the discrepancy between the hares’ coat change and the timing of snow and melt could be off by as much as eight weeks, according to research by two North Carolina State University biologists.

Predators are being negatively affected as well. Wolverines need snow to make their dens, and “there is no evidence that wolverines will be able to persist in areas that lose their snow as a consequence of climate change,” researchers wrote in a paper for the U.S. Forest Service. Wolves are struggling in places like Isle Royale National Park, where a streak of unusually hot summers has caused a decline in moose, their primary prey. Declines in wolves can impact other species, too: Wolves and other apex predators have been shown to buffer against climate-related famines for scavengers like bald eagles—in milder winters, animals like elk are less likely to die of natural causes, so the leftovers from wolf kills provide a crucial source of carrion.

Bats are feeling the heat as well, quite literally, and droughts could spell disaster for many species. “Bats in arid places need freshwater to drink, especially when lactating,” says Winifred Frick, a bat researcher at the University of California Santa Cruz. As the climate changes, bat habitats that get warmer and drier will increasingly become uninhabitable. Heat waves have already caused mass die-offs among flying foxes in Australia.

Changing climates can also affect bats’ echolocation abilities. The temperature, humidity, and pressure of the air all affect how a bat’s ultrasonic screech travels, and according to one model developed by scientists at the Max Planck Institute for Ornithology, bats living in more temperate zones at present will get less efficient at finding prey—more precisely, the volume of space they can detect prey in will shrink—while tropical bats will actually benefit and be able to cast a wider sonic net.

With widely distributed and varied mammal groups like bats, it’s hard to say whether or not climate change will spell doom for every single species in the group. Some may adapt to their altered habitats, some may migrate, and some may perish. In general, though, research suggests that smaller mammals may weather climate change better than bigger ones. A recent meta-analysis led by University of Colorado Boulder professor Christy McCain that examined 140 research projects on North American mammals found that body size is by far the best characteristic to predict how an animal responds to climate change. Bigger animals like foxes, reindeer, and bighorn sheep are in danger, but rodents may prove much more resilient.

“There may be certain traits like body size and activity behaviors that allow some smaller mammals to expand the range of temperature and humidity available to them,” McCain said in a statement. “These areas and conditions are not available to bigger mammals that live above the vegetation and experience only ambient temperatures.” This appears on the surface to be in line with what the fossil record has shown at major extinction events—some populations of small mammals survive, even as larger creatures die in droves. 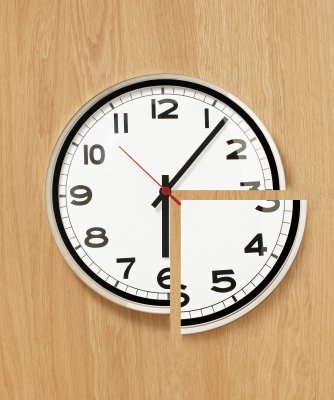 5 Tricks to Stop Procrastinating for Good
Next Up: Editor's Pick