Google Is Now Beating Apple In This One Key Sector

Google is moving toward the head of the class.

The search giant shipped more of its cheap Chromebook laptops to U.S. schools in the third quarter of 2014 than Apple shipped iPads, according to figures that research firm IDC released to the Financial Times. Google shipped 715,000 Chromebooks during the period, compared to 702,000 iPads from Apple.

When it debuted in 2010, the iPad was almost immediately expected to be a boon for school districts that might eventually replace costly textbooks. Apple revealed in July that it sold 13 million iPads to education customers globally, an impressive feat in an environment dominated by Windows-powered PCs.

But the high price of the tablets has turned off many cash-strapped school districts. While the cheapest iPad costs $379 with an education discount, Chromebooks start at $199. A plan to spend $500 million to give every student in the Los Angeles public school system an iPad was met with such a large backlash that the superintendent was forced to resign. Now L.A. schools will have the option to purchase Chromebooks instead under a revamped plan.

When combining iOS-powered iPads and computers that use the OS X operating system, Apple still ekes out an overall lead on Google in the education sector, with a 31% market share compared to Google’s 27% during the third quarter. Microsoft’s Windows remains the overall leader, with a share of 40%. 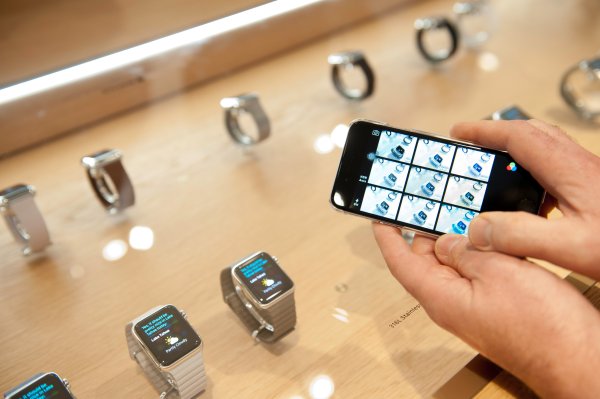 Only 1 in 10 Smartphone Owners 'Very Likely' to Buy a Smartwatch
Next Up: Editor's Pick