Congressional staffers have long been held to a higher standard than the rest of us when it comes to what you can’t say. And for good reason, since their words are seen as a reflection of their bosses, who just happen to run the country.

But it used to be a little easier to live up to that standard. Avoiding sharing your inflammatory opinions used to be as simple as telling a reporter “no comment” and hanging up. But these days, social media sites like Facebook —with its ever-demanding question “What’s on your mind?” — are like a siren song, luring staffers to their doom.

Consider Elizabeth Lauten, who one Facebook rant ago was a spokeswoman for Rep. Stephen Fincher, R-Tenn. Though she apologized for writing in a status update that President Barack Obama’s teen daughters should “try showing a little class” when appearing at televised public events after their teen angst was broadcast at the National Turkey Pardoning ceremony, by Monday morning she had resigned.

Lauten’s case is just the latest example of someone getting in trouble at work for a social media post that went viral. But for Congressional staffers, those rants, selfies and status updates are much more likely to get them in hot water.

As a management consultant for members of Congress and a former Hill staffer, Fitch says Congressional staffers should recognize that what they do is subject to a different degree of scrutiny than most private employees. And press secretaries, the public voice of members, are held to even higher standard. As a precaution, he says, staffers should get a second set of eyes on their posts before pressing send.

“Having someone else look at what you’re about to publish is just generally a good idea,” Fitch says. “It was a good idea in 1965 when your statement was being published and 2012 when you’re putting it on Facebook.”

In Lauten’s case, the target of her ire was also poorly chosen.

Rebecca Gale at Roll Call, who runs a blog on career advice for Congressional staffers, says staffers should also be mindful of the fact that attacking the children of officer holders is typically off-limits.

“Democrat or Republican, high-ranking or low, kids are usually trotted out for the campaign photo and Christmas card, then tucked away in private lives. Sling mud all you like between parties and opponents, but political courtesy (if such exists) deems insults to kids off limits,” Gale wrote.

The bottom line: If you work on Capitol Hill, the next time Facebook asks “What’s on your mind?” you should probably answer “No comment.” 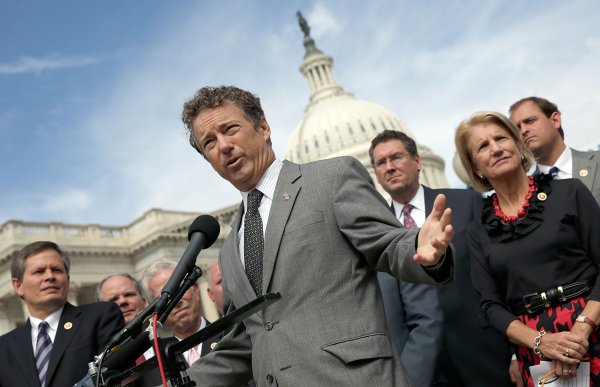 How Will Congress React to Ferguson Decision?
Next Up: Editor's Pick