Ideas
By Susan J. Brison
Susan J. Brison is a Professor of Philosophy at Dartmouth College and author of Aftermath: Violence and the Remaking of a Self. She hopes that readers will join the conversation on Twitter at #WhyISpokeOut and #WhyIStayedSilent.

One was the best kind of rape, as far as my credibility as a victim was concerned. The other was the worst.

In one, I was 35, on a morning walk in France, when a stranger jumped me from behind, beat, raped, repeatedly choked me into unconsciousness, hit me with a rock, and left me for dead at the bottom of a ravine. I reported it, spoke out about it, and wrote a book about it. My account of what happened was believed, and my assailant, who would have been prosecuted even if I hadn’t pressed charges, was found guilty of rape and attempted murder.

In the other, I was 20, asleep in my dorm room in England, when a man I knew knocked on my door. I let him in and he raped me. I didn’t tell anyone. Afterwards, I stopped going to classes and, when I didn’t get my period for two months, I thought I was pregnant and became suicidal. I never reported it, told no one about it until many years later, and, even then, didn’t call what happened “rape.” I didn’t talk about it publicly until three years ago, and haven’t published anything about it until now.

Asking these questions of rape survivors is like asking survivors of domestic violence “Why did you stay?” It betrays a lack of empathy with rape victims and ignorance of the numerous, and frequently insurmountable, obstacles that keep them from speaking out.

And, as has been public knowledge for years, some of Cosby’s alleged victims did speak out. One woman told the police a decade ago that she was sexually assaulted by Cosby and the prosecutor believed her, but since the report was made a year after the alleged assault, there was no physical evidence and the case didn’t go forward. Some wanted to report, decades ago, but were told they didn’t have a chance of being believed. Others kept silent. When CNN host Don Lemon asked Joan Tarshis, the woman who alleges Cosby raped her 45 years ago, why she didn’t tell anyone until now, she said, “Who would believe me?” Then he unwittingly answered his own question by asking why, if she didn’t want to be orally raped, she didn’t use her teeth.

The University of Virginia student whose story of being viciously gang-raped by seven men at a fraternity party was reported recently in Rolling Stone still hasn’t reported the rape, although it is now being investigated by the authorities. Most students raped on campuses don’t report, or, if they do, they don’t tell police and instead report to college officials confidentially or without naming their assailants.

Granted, a rape charge is a very serious allegation and the legal rights of the accused must be protected. My support for victims’ rights does not diminish my support for the rights of defendants. No one deserves to have his reputation tarnished by an unfounded accusation of rape. But false rape charges are extremely rare, no more common than for other crimes.

What’s rare, compared to other crimes, is for victims of rape to report. It’s important to understand the reasons why.

Those who have been raped know that if they speak out, they will be blamed for not doing whatever it is people imagine would have prevented they from being raped. They know this first-hand because they already blame themselves. Even the UVA student, who spoke anonymously about having been gang-raped, still blames herself for her “bad decision” in going to “that stupid party.”

After an acquaintance raped me when I was 20, I didn’t blame him or think he was bad. I thought I was bad—so bad I didn’t even deserve to live. This may have been an extreme reaction, but when someone treats you as worthless, as a usable, disposable thing, an “it,” you can come to view yourself that way, especially when you’re the age Cosby’s accusers say they were when assaulted. Before asking why women who were raped 30 to 45 years ago stayed silent for so long, we should also remember that, in those days, we didn’t call rape by a date or acquaintance “rape.” So what was there to report?

Now we know, or should know, that all rape is real rape, but other reasons remain for not reporting it. No one wants to accept that we live in a world where even though you did nothing wrong you can be brutally violated, whether by a trusted friend or a total stranger. Blaming yourself is far easier than letting go of the belief that nothing terrible, undeserved, and utterly unavoidable will happen to you. For, if you weren’t to blame, then it could happen again and there’s nothing you can do to prevent it. That’s the scariest thought of all.

Minimizing the seriousness of what happened is another self-protective strategy, as is trying to forget it altogether. All of these strategies are reinforced by those around us who don’t want their own illusions of safety shattered.

Those victims who do find the strength and courage to report their violations all too often find themselves violated again by the very individuals and institutions they thought would help see that justice was done. Knowing how devastating and ultimately futile pursuing a criminal case against one’s assailant can be, and typically is, most victims of campus rape who come forward choose instead to go through an internal adjudication process, only to end up feeling, in all too many cases, betrayed by the people and processes they thought would help them.

It’s time to stop asking rape survivors why they stayed silent and to start asking why some men rape and what we can do to stop enabling them. Only a small minority of men rape, but we need to acknowledge that this minority includes men we know and even revere.

When I was attacked by a stranger, I was told to think of him as a wild beast—a lion. But he was someone’s son, someone’s neighbor. Every stranger who rapes is. The myth that only inhuman monsters rape keeps us from believing victims who’ve been raped by men who are widely admired. It also keeps us from asking what it is about our culture that creates and supports rapists.

Because I spoke out about having been raped, many college students have told me, in confidence, that they were raped. As much as I wanted them to be able to speak out, I understood their reasons for staying silent. I hoped that, by telling the story of my rape, I would make it easier for them to tell theirs. But there was another story I needed to tell.

I haven’t named the man who raped me when I was 20 and I don’t intend to. If he were to read this piece, he wouldn’t recognize himself—or me. If he did care enough to think about what happened, he wouldn’t have remembered it as a rape, since I froze instead of fighting back. When victims are rendered incapable of resisting, whether by shock or fear or by being drugged by pills or alcohol, perpetrators think they’re irresistible.

It’s heartening that more people who were raped by those they trusted and thought they knew are speaking out now. What they are doing is risky and painful and hard. I waited decades to do it. No one should blame them for not doing it sooner.

Susan J. Brison is a Professor of Philosophy at Dartmouth College and author of Aftermath: Violence and the Remaking of a Self. She hopes that readers will join the conversation on Twitter at #WhyISpokeOut and #WhyIStayedSilent. 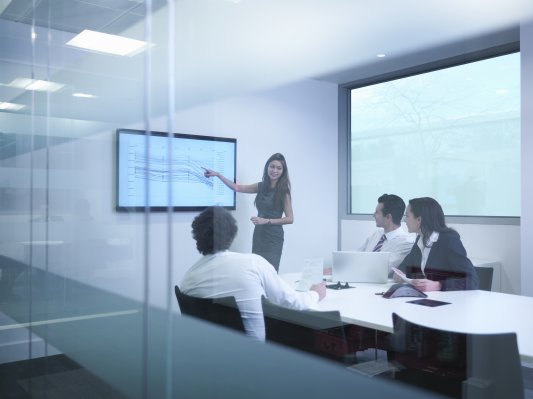 How to Give a Memorable Presentation
Next Up: Editor's Pick