U.S. coal export capacity is running well below capacity, and as such, exporting coal from the U.S. west coast is a losing strategy.

That comes from a new report put out by the Institute for Energy Economics and Financial Analysis (IEEFA), which found that despite the very lofty plans by many coal companies to ship coal to rapidly growing markets in Asia, doing so would result in a financial loss.

The report finds that even existing coal export terminals are not running full tilt. The U.S. exports coal largely through ports on the east coast – at Hampton Roads, VA, and Baltimore, MD – and along the Gulf Coast. But even during one of the strongest years for coal exports, 2012, these ports were exporting much less than their nameplate capacity.

In 2012, east coast coal terminals only shipped out 68 million tons of coal, 64.8 percent of the total amount of coal it could handle at full capacity. The figures were similar for the combined ports on the Gulf Coast, which only ran at 66 percent of capacity.

Not only that, but coal exports have declined since their peak in 2012. But with a declining domestic market, why wouldn’t coal producers send more of their coal overseas? The reality is that the international coal market is highly oversupplied already. Coal prices at Newcastle, an important international benchmark, are only around $60-$70 per ton, half of their peak in 2011 at $132 per ton.

The coal glut has become so acute that Glencore, one of the world’s largest mining companies, decided on November 14 to close all of its Australian coal mines for three weeks beginning in mid-December due to oversupplies on the global market. That will mean reducing coal production by 5 million tons. “This is a considered management decision given the current oversupply situation and reduces the need to push incremental sales into an already weak pricing environment,” the company said in a statement.

A global glut in coal supplies means that the business case for U.S. coal exports is shrinking. The IEEFA report points to the case of Arch Coal as an example. In 2011 the company predicted that U.S. coal exports would reach 245 million tons by 2015. Other producers agreed. “The U.S. has lots of coal. It has a wonderful rail infrastructure. But the piece of the logistical puzzle that is weakest is terminals. To get to the next level of growth, the new terminals need to be built,” Jim Orchard, vice president of Cloud Peak Energy, told the AP in a 2012 interview.

And building them has become a big question mark. Out of six proposed coal export terminals in Washington State and Oregon, only two remain, owing largely to fierce opposition at the local level on environmental concerns.

Related: Coal Baron Indicted For Role In Mine Disaster

The longer term outlook doesn’t look any better. China, the ultimate market that coal companies around the world are competing for, just announced that it would cap its coal consumption by 2020. Coming on the heels of the most recent climate change deal that China agreed to with the United States, limits on coal consumption will severely dampen the market for coal exporters moving forward.

Weak market conditions both at home and abroad are already hitting the bottom line for many American coal companies. Some are in serious financial trouble. Two major coal producers – Patriot Coal and James River Coal – have declared bankruptcy in recent years. And more could be coming. Arch Coal, in particular, has raised worries about the possibility of bankruptcy.

“We are planning for a somewhat reduced coal marketplace, in terms of prices and demand, through at least next year, with only a possible slight improvement in the years beyond,” the head of Murray Energy Corp., a coal producer, said in September 2014 at an industry conference. 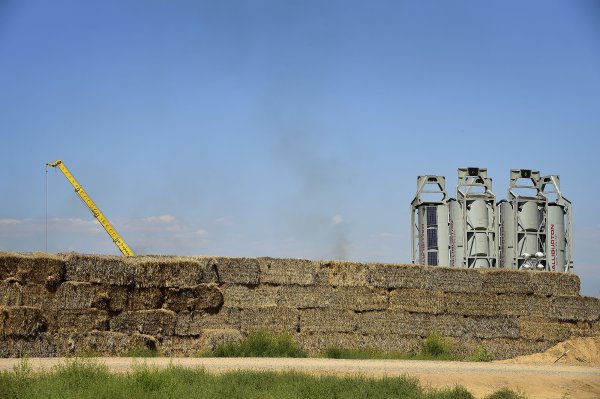 Follow the Sand to the Real Fracking Boom
Next Up: Editor's Pick